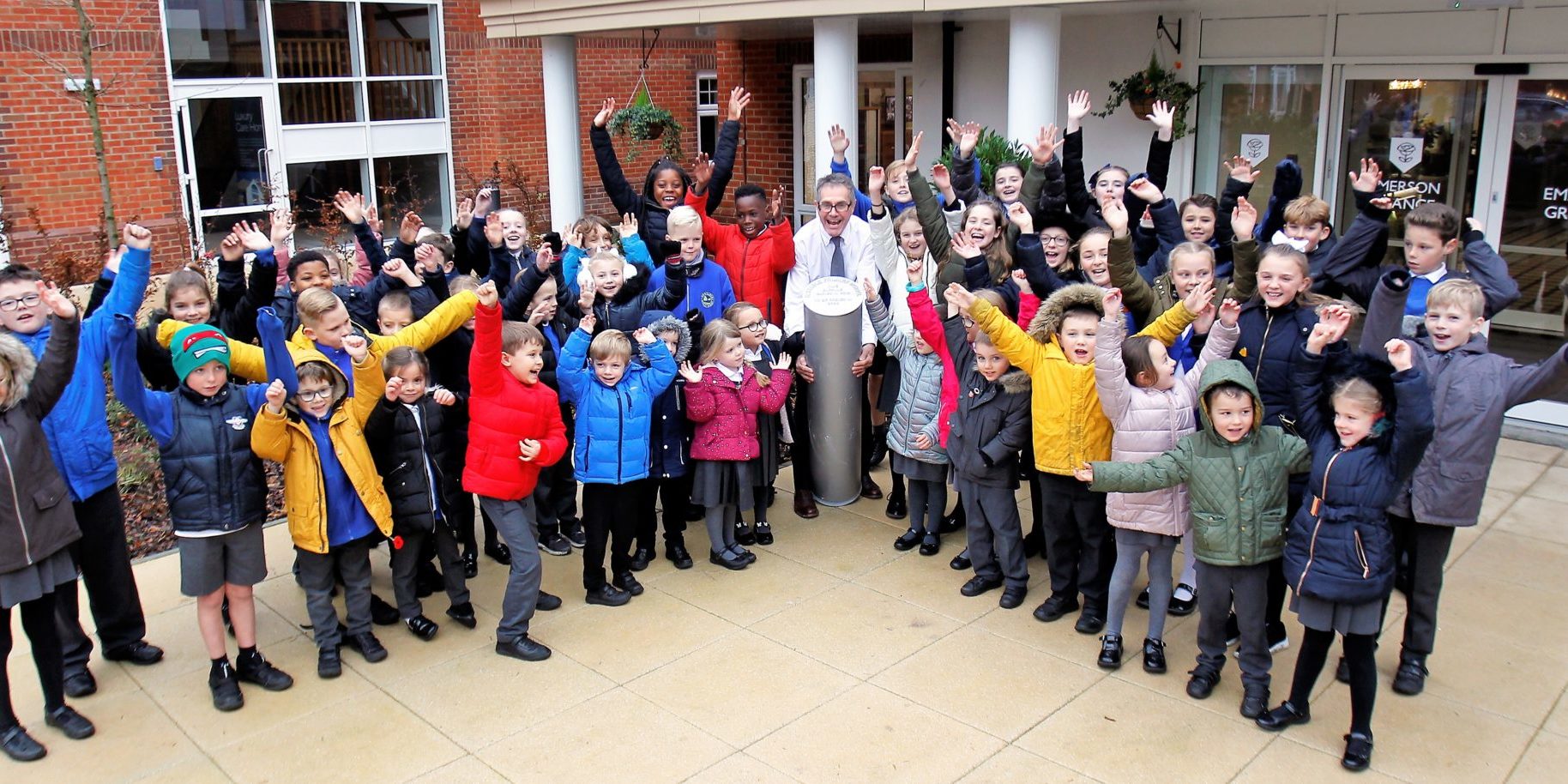 Emerson Park in Hextable, part of the Cinnamon Care Collection, welcomed 50 children from neighbouring Hextable Primary School to their time capsule burial event. The children provided all of the contents for the capsule including 473 ‘All About Me’ posters – one from every child in the school. Each year group provided items, from a poppy pot from the centenary of the World War selected by reception children, to a scrapbook of photos and artwork from year six pupils.

The time capsule was buried by the entrance of the newly opened Emerson Park, which has 42 luxurious apartments, plus five suites and on-site facilities including a club room, bar, exercise studio, cinema and hair salon. Emerson Grange – the on-site luxury care home provides residents with state-of-the-art facilities in homely surroundings offering exemplary standards of residential, nursing, dementia and respite care and support.

Paul Hart, General Manager, Emerson Park comments, “We are delighted that the Hextable Primary School pupils provided such thoughtful and interesting contents for our super-sized time capsule. Personally, I particularly liked the Anglo-Saxon brooches made by year four and year one’s self-portraits. At Emerson Park we want our residents to fully integrate with the local community including neighbouring schools such as Hextable Primary and local churches such as St Peter’s.”

Mrs S. Hall, Headteacher, Hextable Primary School adds, “Our children were delighted to create the contents for the time capsule. It was inspiring to see the thought and care they put into their choices and exciting to think of future generations discovering it. There is so much the children can learn and share with our neighbouring residents in Emerson Park and we look forward to future initiatives together.”

Emerson Park Retirement Village is a unique development providing the very best in retirement living along with a fully operational care home. Every aspect of the new care home has been planned with the people Cinnamon care for in mind – whether it is the personalisation of care plans, the careful selection of room décor, mealtimes, hobbies or personal routines.