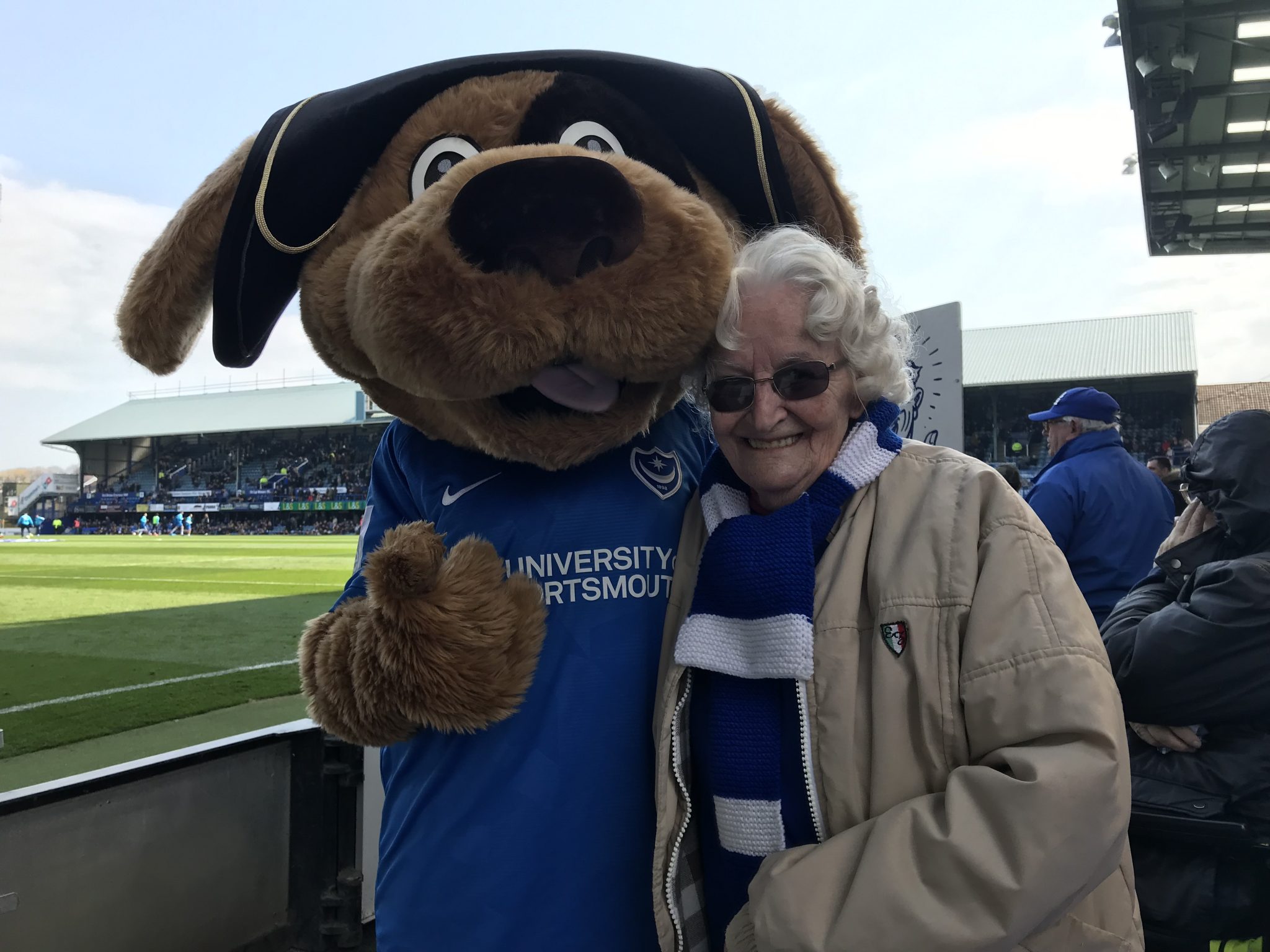 Joan Hogg, a lifetime supporter of Portsmouth FC, had not been to a match for over 60 years, when her favourite player, Peter Harris played in the squad. Her ‘Sprinkle of Cinnamon’ wish was to watch one more football game at Fratton Park and support her favourite team.

Hartwood House, part of the Cinnamon Care Collection, not only arranged for her wish to come true but also helped to go the extra mile. Members of Hartwood House’s activities team helped Joan to knit her own supporter’s scarf for the match and arranged an unforgettable day out for her.

Joan’s day involved a tour of the stadium including the boardroom, dressing room, stands, tunnel and trophy room as well as the chance to sit in the manager’s seat at the side of the pitch. She had front row seats to watch the Portsmouth v. Rochdale game, accompanied by Hartwood House’s Activities Co-ordinator, Nancy Hall de Vuyst.

Joan Hogg commented, “I had the best treatment from all staff at the stadium throughout the day. One of them kept checking to see if I wanted a blanket to keep me warm during the game and another treated me to free hot drinks. I don’t know what I have done to deserve such an amazing day out but I’m a lucky girl, aren’t I?  I never thought I’d get to see the pitch again. As we left the stadium, one of the security guards asked me if I could come to all the home games as he thought I was a lucky charm – Portsmouth won 4-1!”

Moira Baxter, General Manager, Hartwood House said, “We take great pleasure in granting Sprinkle of Cinnamon wishes and creating memorable days for our residents. Sprinkle of Cinnamon is a great example of our focus on helping older people to live happier and more fulfilled lives. We are all so pleased that Joan had such a wonderful day out at Fratton Park.”

Hartwood House is a characterful care home that offers 50 spacious en-suite rooms and a wide range of recreational facilities, coupled with expert 24-hour care. The home provides day care, nursing care, dementia care, residential care and short-stay care.  It is part of the Cinnamon Care Collection which was recently recognised by leading reviews website, carehome.co.uk, as one of the Top 20 Care Home Groups in the UK.