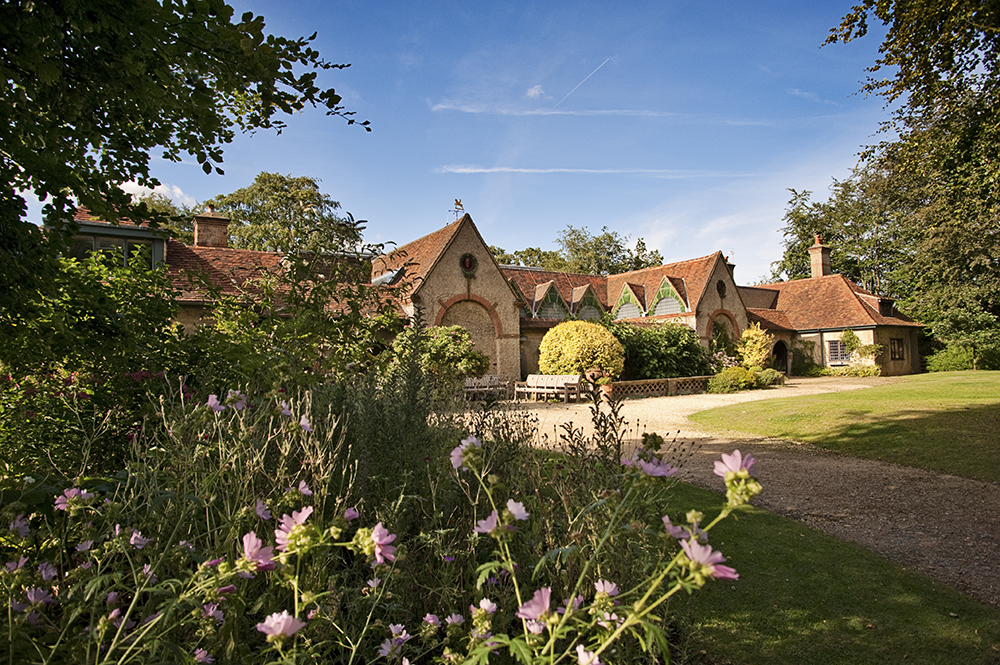 The Board of Trustees of Watts Gallery has appointed two new trustees, Professor Dame Magdalene Odundo OBE and Dr Malcolm Rogers CBE. The appointments are for up to two terms of 5 years from 2019.

Professor Dame Magdalene Odundo OBE is an internationally acclaimed ceramic artist, who received her early education in India and Kenya before moving to England in 1971.  A graduate of the West Surrey College of Art and Design (now the University for the Creative Arts, Farnham), Magdalene subsequently completed her Masters at the Royal College of Art, London before returning to teach at the University for the Creative Arts (UCA) in 1997, becoming Professor of Ceramics in 2000 and inaugurated as a Professor Emerita in 2016 in recognition of her contribution to the University’s research culture. In June 2018 she was appointed Chancellor of UCA.

Magdalene’s ceramics are now part of the permanent collections of nearly 50 international museums including the Art Institute of Chicago, The British Museum in London, The Metropolitan Museum of Art and the Cooper-Hewitt National Design Museum in New York and the National Museum of African Art in Washington DC. She has held workshops, lectures and residences, solo exhibitions and been part of group exhibitions in various locations across the world for over 40 years. For her work she has been awarded the African Art Recognition Award by the Detroit Institute of Arts in 2008 and the African Heritage Outstanding Achievement in the Arts Award in 2012 in Nairobi, Kenya. She has also received honorary doctorates from the University of Florida (2014) and University of the Arts London (2016). Her most recent exhibition, ‘The Journey of Things’ at the Hepworth Wakefield and the Sainsbury Centre for the Visual Arts (2019), Norwich, was received with great acclaim.

Magdalene is a member of the International Academy of Ceramics and The Art Workers Guild. She also sits on the Council of the Royal College of Art and is a Patron of the National Society for Education and Design (NSEAD) and a former trustee of The Lightbox in Woking.

Dr Malcolm Rogers CBE is a University of Oxford graduate and art historian with an expertise in portraiture. Malcolm was for several years Deputy Director of the National Portrait Gallery, London, before moving to the USA in 1994 where he served as the Ann and Graham Gund Director of the Museum of Fine Arts (MFA), Boston, for over two decades; becoming the longest-serving Director in the MFA’s 144-year history. While there, he expanded its opening hours, granted free admission to children, increased the encyclopaedic collection with nearly 68,000 acquisitions and presided over more than 375 exhibitions, including Tales from the Land of Dragons: 1000 Years of Chinese Painting (1997), Monet in the 20th Century (1998), Speed, Style, and Beauty: Cars from the Ralph Lauren Collection (2005), Americans in Paris, 1869-1900 (2006), Titian, Tintoretto, Veronese: Rivals in Renaissance Venice (2009), Degas and the Nude (2011) and Goya: Order and Disorder (2014).

Malcolm oversaw several large-scale capital projects while at the MFA which enriched the museum’s capacity and established its position within the community. He reopened both the Museum’s Huntington Avenue entrance and in 1995 the Fenway entrance, named the State Street Corporation Fenway Entrance, which had been closed for nearly 30 years. Malcolm led the Building the New MFA Campaign, raising $504million used towards building and endowment of the Art of the Americas Wing, designed by Foster and Partners, which opened in November 2010. He additionally purchased the Forsyth Institute Building, planned as a study centre, and renovated the west-facing Linde Family Wing for Contemporary Art in 2011.

Now retired, Malcolm also sits on the Board of Trustees of the Worcester Art Museum and The Auckland Project.

“I am delighted and honoured to welcome two such distinguished new trustees. Each brings distinct and invaluable expertise in fields directly relevant to Watts Gallery – Artists’ Village, from art historical scholarship and best practice in museums to engagement with the interface between craft and art and commitment to the importance of creativity within the fields of learning. These qualities will undoubtedly inform the Watts’ current and future programmes which are necessarily informed by our commitment to our local, regional, national and international audiences.”