6 MARCH 2020: PICTURES OF THE CENTURY AT MARTIN BEISLY FINE ART 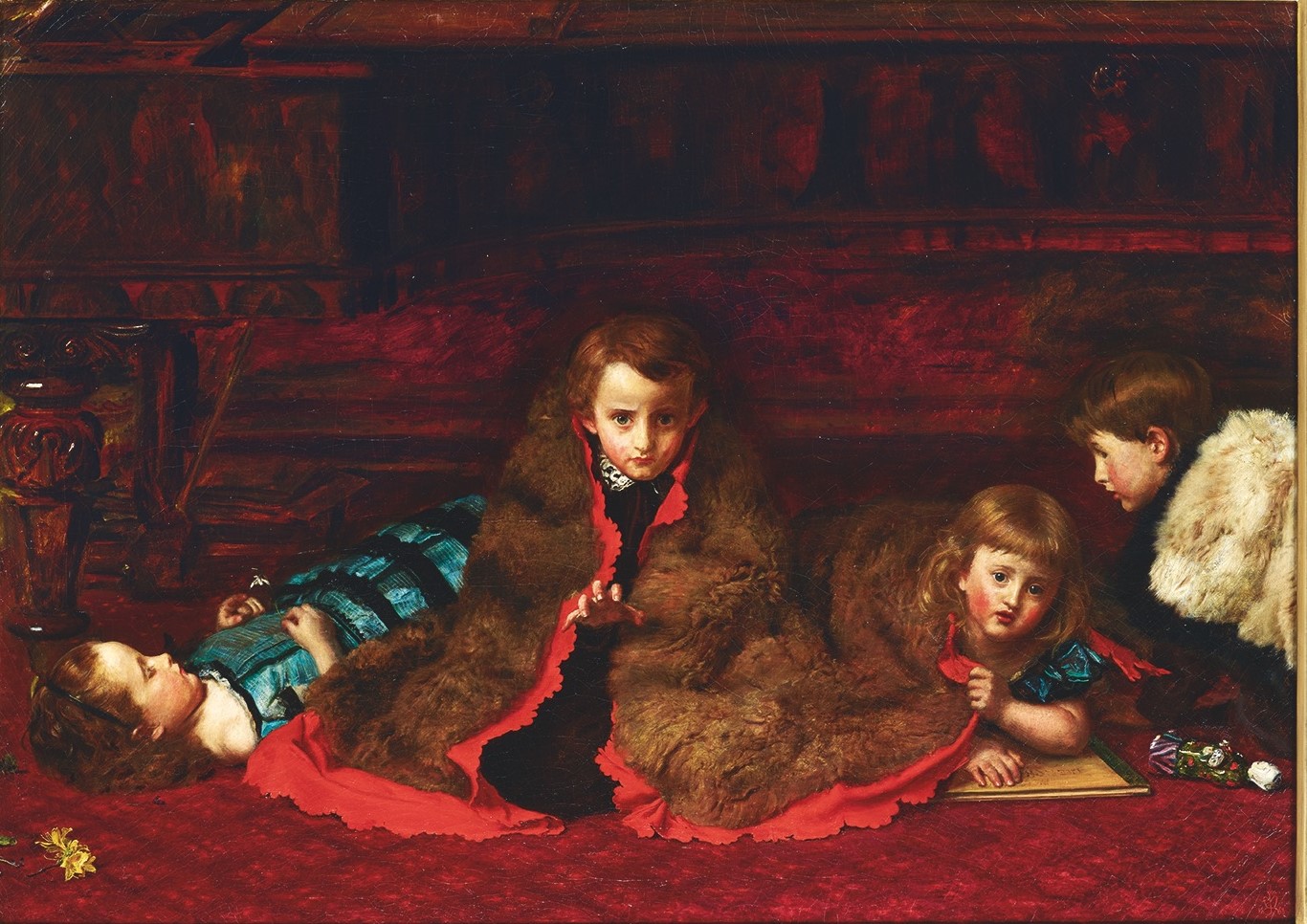 Three masterpiece paintings by three of the greatest artists of the Victorian age will be offered for sale at Martin Beisly Fine Art, London this spring.

Whispers, exhibited at the Royal Academy in 1881, was painted at a key period in Leighton’s artistic development, when the artist was moving away from subjects taken from classical myths to a more aesthetic style of painting employing decorative arrangement and colour to evoke a world of harmony, beauty and love. The painting – unseen for over 50 years and only known from a black and white photogravure – is considered to be amongst Leighton’s most beautiful works.  Inspired by Horace’s IX Ode, this sensual painting depicts two lovers embracing before a blazing sunset, showing Leighton’s technical prowess and poetic imagination at their best.

In 1900 Whispers joined Flaming June in the renowned collection of the Watney family, where it remained until 1950 when it was acquired for a private collection in Sweden – since which time the picture suffered an ignominious fate, traded in part exchange for a Mercedes Benz. The painting then descended unrecognised through the family, until its rediscovery in 2014 and exhibition at Leighton House. Its reappearance enables a rare opportunity to purchase one of Leighton’s most iconic masterpieces.

When Holman Hunt’s hotly-anticipated masterpiece, Isabella and the Pot of Basil, 1867, was first unveiled at Ernest Gambart’s gallery on King’s Street, it was hailed by The Spectator as “the greatest of modern pictures” (June 1868).  The picture, which tells the tragic story of Isabella destroyed by grief for her murdered lover, embodies the artist’s own grief following the death of his wife, Fanny, soon after the birth of their first child. Bereft, the artist committed “to rouse myself to work better than I have ever yet done” and Isabella is the culmination of this commitment.

Hunt, who alone remained true to Pre-Raphaelite principles, executed relatively few finished paintings and the picture offered for sale is a reduced size autograph version of one of Hunt’s most renowned, beautiful and successful compositions. Only four years after it was painted it was shipped over to America, where it was rightly noted as an important and influential picture. It entered several significant American collections before being purchased for the Delaware Art Museum, from which it was deaccessioned in 2014 and is now on the market in London after being in America for over 140 years.

The Wolf’s Den – untraced since the 1950s – was painted at a key point of Millais’ career. It shows the artist at the height of his technical skill and marks an important transition, when he had moved away from the style of the Pre-Raphaelite Brotherhood and was embarking upon a series of exquisite paintings of children.  This engaging painting, which captures four of the artist’s children playing under the piano in his well-appointed Cromwell Place studio, was exhibited at the Royal Academy in 1863, along with My First Sermon and paved the way for Millais to be elected to the Royal Academy and subsequently to become amongst the most popular artists of the day.

In 1920, it was bought by the prominent Japanese collector of European art, Kojiro Matsukata (1865 – 1950), who hoped to establish a museum of Western Art in Tokyo, however, in the financial crisis of the late 1920s, Matsukata was forced to dispose of the many great works he had brought from Europe to Japan, including this masterpiece, and the painting was lost for the next 90 years. It is acknowledged by scholars as one of the most important works by Millais to remain untraced following the revival of interest in Victorian art.

“It is rare to have one museum quality Victorian painting for sale, but I am delighted to offer three exceptional works for sale this spring.” commented Martin Beisly.