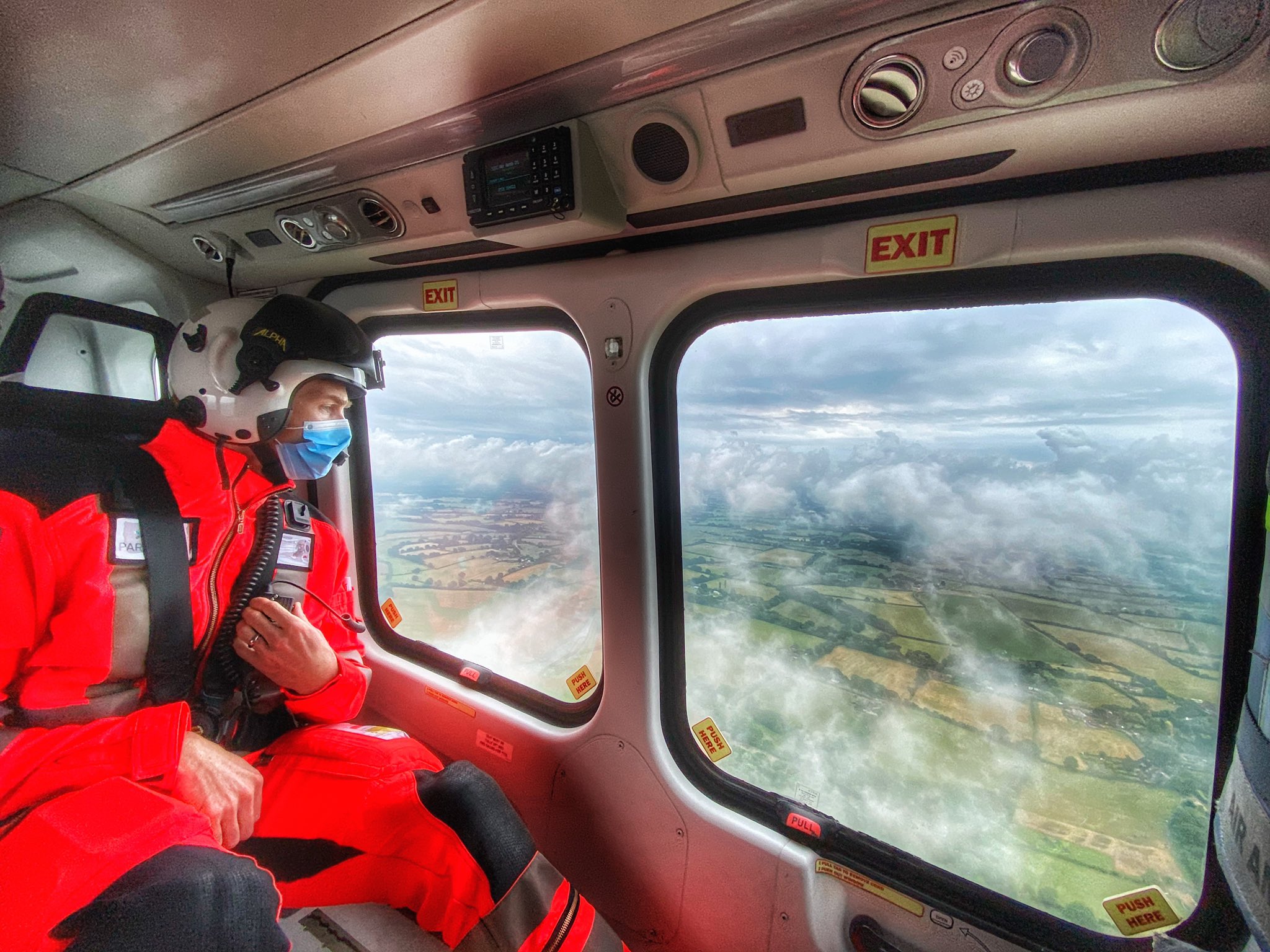 Air Ambulance Kent Surrey Sussex (KSS) is celebrating major success, having won a prestigious Charity Times award which was open to national and regional charities and not-for-profit organisations from across the UK. The life-saving charity has been crowned Charity of the Year (income over £10 million) in recognition of consistently delivering an outstanding and pioneering service and demonstrating all round excellence, particularly over the last year.

The award, given during its 30th anniversary year, provides a fantastic endorsement for KSS as it seeks to raise vital funds to cover the significant shortfall that it must raise in order to make sure it can continue to save lives 24 hours a day, seven days a week.

Its current fundraising initiative, the 30 for 30 Challenge, encourages people to take part in an activity inspired by the number 30, beginning their activity at any point during September. The fundraiser focuses on health and well-being, encouraging supporters to get up and get active.

People of all ages from across Kent, Surrey and Sussex have signed up for the 30 for 30 Challenge and KSS is hoping that more participants will sign up as the month progresses. Amongst those taking part are:

The KSS team are also getting behind the 30 for 30 Challenge. Employees, volunteers and trustees from across the organisation have been invited to collectively walk 30 million steps to celebrate KSS’s 30th anniversary year.  KSS’s CEO, David Welch, is cycling 30 miles a day and the charity’s Chair of the Board of Trustees, Helen Bowcock, will swim 300 lengths of a swimming pool. She was due to take part in the two mile Serpentine Swim to raise funds for KSS but this annual event has been cancelled so she will swim the equivalent distance but in calmer waters.

David Welch comments, “As we celebrate our 30th anniversary year, we couldn’t be prouder of what we have collectively achieved. Winning Charity Times’ Charity of the Year Award, a highly competitive national award, is the icing on the cake!

“As always, we must continue to look to the future for our charity – and safeguarding the future of KSS remains our priority. At the beginning of the Coronavirus pandemic we faced a shortfall of £2.9m but thanks to the immense generosity and dedication of our supporters we have been able to raise £1.5m so far. Despite this success we still need to address our outstanding £1.4m shortfall to ensure we can continue to save lives. We are so grateful for the support and kindness we have received to date and we are urging people to get behind our 30 for 30 Challenge – either by doing a Challenge themselves or sponsoring those who are taking part.”

The announcement of the award coincides with Air Ambulance Week 2020 which highlights the incredible care that is delivered by air ambulance charities across the UK, bringing the emergency department to the side of patients who are critically ill and injured. Since its inception 30 years ago, KSS has attended 30,000 life threatening incidents.

Operating out of Redhill Aerodrome and headquartered in Rochester, KSS provides world-leading pre-hospital emergency care to save lives and to enable the best possible patient outcomes. Covering Kent, Surrey and Sussex, KSS serves a population of 4.8 million plus those who travel through the area – one of the busiest in the UK. Its crews of pilots, doctors and paramedics fly over 2,500 missions a year.  KSS was the first (and is currently the only) 24/7 Helicopter Emergency Medical Service (HEMS) in the country and, in March 2020, KSS became the first HEMS to be rated Outstanding by the Care Quality Commission in all five of its inspection key lines of enquiry. Of the £14m needed to sustain the service each year, 89% is raised by public donation and fundraising.

How to take part in the KSS 30 for 30 Challenge

It couldn’t be easier to get involved. Simply make up an activity inspired by the number 30. You could do something for 30 days, a 30-hour run, walk or hop, anything, so long as it revolves around the number 30. You could even test your willpower by giving up your favourite treat for a whole 30 days. Then encourage your friends, family and colleagues to sponsor you for your 30 for 30 efforts and raise vital funds.

Remember to tag @airambulancekss #kss30for30 on social media with any photos or videos of your challenge. You can email them to us as well at [email protected]