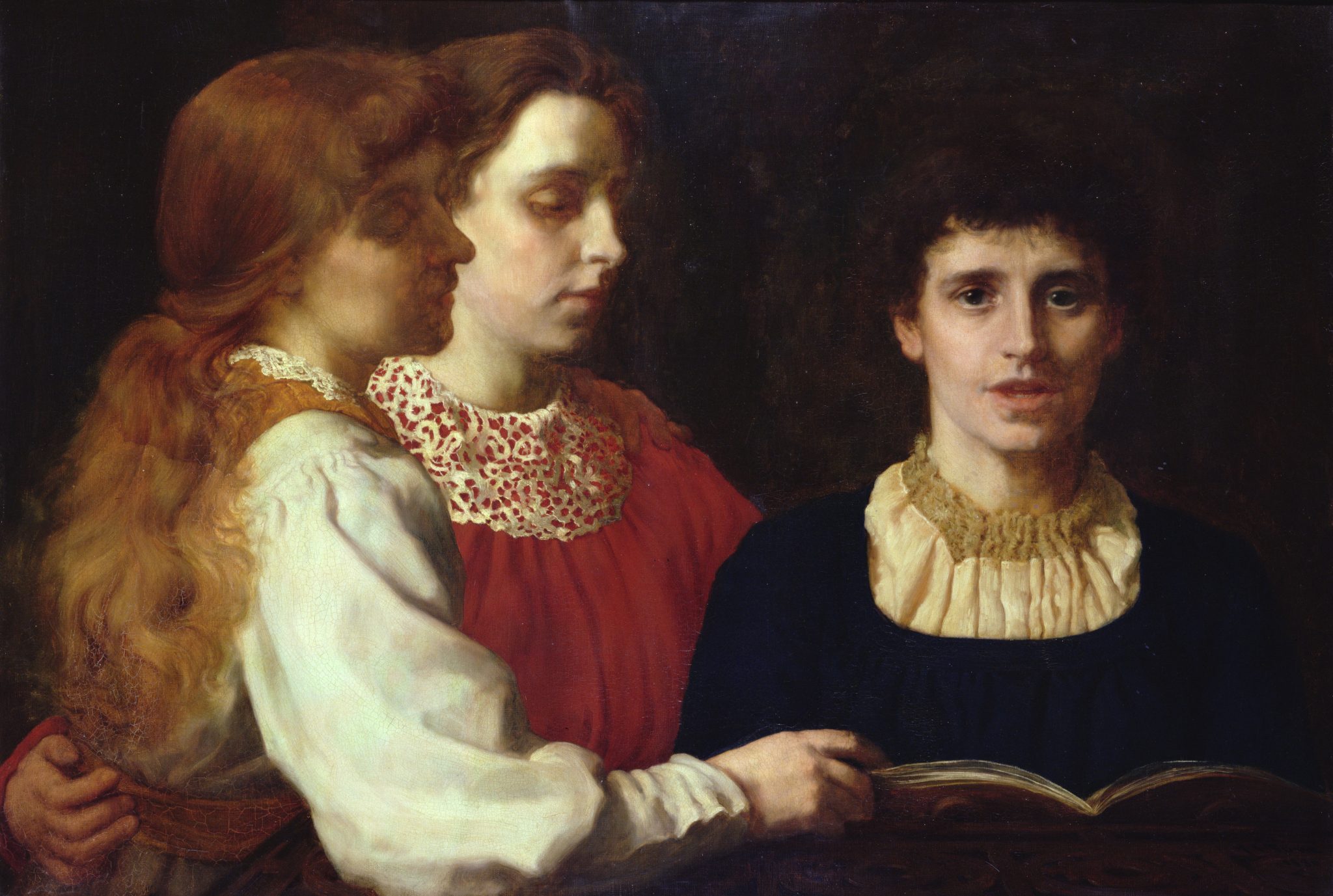 Opening at Watts Gallery – Artists’ Village on 7 June 2021, Henry Scott Tuke explores the complexities that surround the life and art of the British painter, famed for his depictions of sun, sea and bathing.

This exhibition explores how, both as an artist and an individual, Tuke navigated the shifting social, artistic and sexual dynamics of late Victorian and Edwardian Britain. Tackling questions of training, art practice and the relentless representation of the nude male body, the exhibition brings together some of Tuke’s most significant works, including All Hands to the Pumps! (1888-89, Tate), August Blue (1893-94, Tate) and the richly coloured Ruby, Gold & Malachite (1902, Guildhall Art Gallery). Best-known for his prolific depiction of nude boys and youths bathing on Cornish seashores, Tuke and his art simultaneously raise questions about how we might depict, view and discuss the body in the twenty-first century.

Henry Scott Tuke features key works from the artist’s early years (The Misses Santley, 1880, York Museums Trust (York Art Gallery)), which were spent studying at the Slade School of Art before travelling in Italy and France. It was during this seminal phase of Tuke’s early career that he first encountered the practice of painting outdoors, en plein air. On his return to Britain in the 1880s, like many of his generation, Tuke was drawn to Cornwall. He initially worked at Newlyn while the emerging artists’ colony was still in its infancy, building a reputation with sombre-coloured, increasingly large-scale scenes of Cornish seafaring life (Dinner Time (Ambrose Rouffignac in the Sail Loft), 1883, Penlee House Gallery & Museum, Penzance).

Finding the increasingly competitive atmosphere at Newlyn claustrophobic, in 1885 Tuke moved to Falmouth. As an avid sailor, he acquired an ever-expanding fleet of small boats, which he used for leisure, racing, fishing and painting. Though strikingly different in subject, both Our Jack (1886, Royal Cornwall Polytechnic Society Tuke Collection) and Bathers (1888-89, Leeds Museums & Galleries (Leeds Art Gallery)) were painted afloat. The artist even went as far as to convert an old French brigantine, the Julie of Nantes, into a colossal 60-foot floating studio. It was aboard this ship that Tuke painted his most ambitious seafaring scenes, including All Hands to the Pumps!. Celebrated as the artist’s ‘strongest work’ when exhibited at the Royal Academy’s 1889 exhibition, this dramatic picture was immediately acquired for the national collections by the Chantrey Bequest.

Drawing on the colour and technique of the European avant-garde, Tuke’s art presents a unique fusion of plein air painting, a vivid palette and almost Impressionistic handling (Nude Study, 1928, Royal Cornwall Polytechnic Society Tuke Collection). As the critic Abraham Cooper wrote, ‘Mr H. S. Tuke is a sunshine painter, one of the pioneers of that outdoor school which makes beach and boat, field and wood, its studio and its model.’ From the 1890s onwards, the artist devoted much of his time to the study of the male nude, driven by a desire to capture the chromatic effects of sunlight on skin. Today – as in his lifetime – Tuke is best known for these idiosyncratic depictions of nude male youths swimming, messing about in boats and sunbathing on Cornish beaches (Anon., Henry Scott Tuke painting on Newporth beach, c.1917, Tate). Featuring The Critics (1927, Leamington Spa Art Gallery & Museum), A Bathing Group and July Sun (1914 and 1913, both Royal Academy of Arts, London), the exhibition explores the significant role that Tuke played in the resurgence of the male nude in British art of the period.

Henry Scott Tuke also considers the ways in which Tuke’s paintings have prompted a complex range of responses and interpretations, from the pastoral to the erotic. As a close associate of Uranian poets and writers such as Charles Kains-Jackson, Tuke and his countless depictions of nude boys and adolescents were simultaneously embedded within the group’s homoerotic interests, distinguished by a pederastic preference for youthful male beauty that remains troubling today. Exploring the varied reception of Tuke’s art, the exhibition and its accompanying programme also invite visitors to consider how these works provoke challenging questions about how we look at and display the body – particularly the young body – today.

“Henry Scott Tuke was, and continues to be, an intriguing artistic anomaly. In drawing together a unique synthesis of establishment and avant-garde influences, Tuke infused his paintings with a distinctive aesthetic that continues to make them instantly recognisable today. Featuring a varied collection of rarely exhibited art and archival content, this exhibition explores the full breadth of Tuke’s career in order to begin to unpick the complexities that surround the life, art and reputation of the so-called ‘sunshine painter’.”

“Henry Scott Tuke features as part of the dynamic temporary exhibition programme at Watts Gallery—Artists’ Village, which is dedicated to exploring and re-evaluating Victorian and Edwardian art and culture today. Through our research, exhibitions and events we invite visitors to rediscover artists from our past through a 21st century lens.”

The public programme for the exhibition includes ‘Tuke Today’, a series of evening talks and panel debates centred on Tuke’s practice and his contemporary relevance; a six-week History of Art course, ‘Talking about Tuke’, led by contributors to the book; and artist-led workshops in drawing and painting the figure en plein air.

Watts Gallery is also delighted to welcome figurative painter Nneka Uzoigwe as Artist in Residence. Like Henry Scott Tuke, Uzoigwe was trained in classical painting, working from Greek and Roman sculptures and life models. She studied and now teaches at London Fine Art Studios and was awarded the 2020 de Laszlo Foundation Award by the Royal Society of Portrait Painters. During the residency, Uzoigwe will be developing a new collection of large-scale paintings exploring the male body in imagined landscapes.