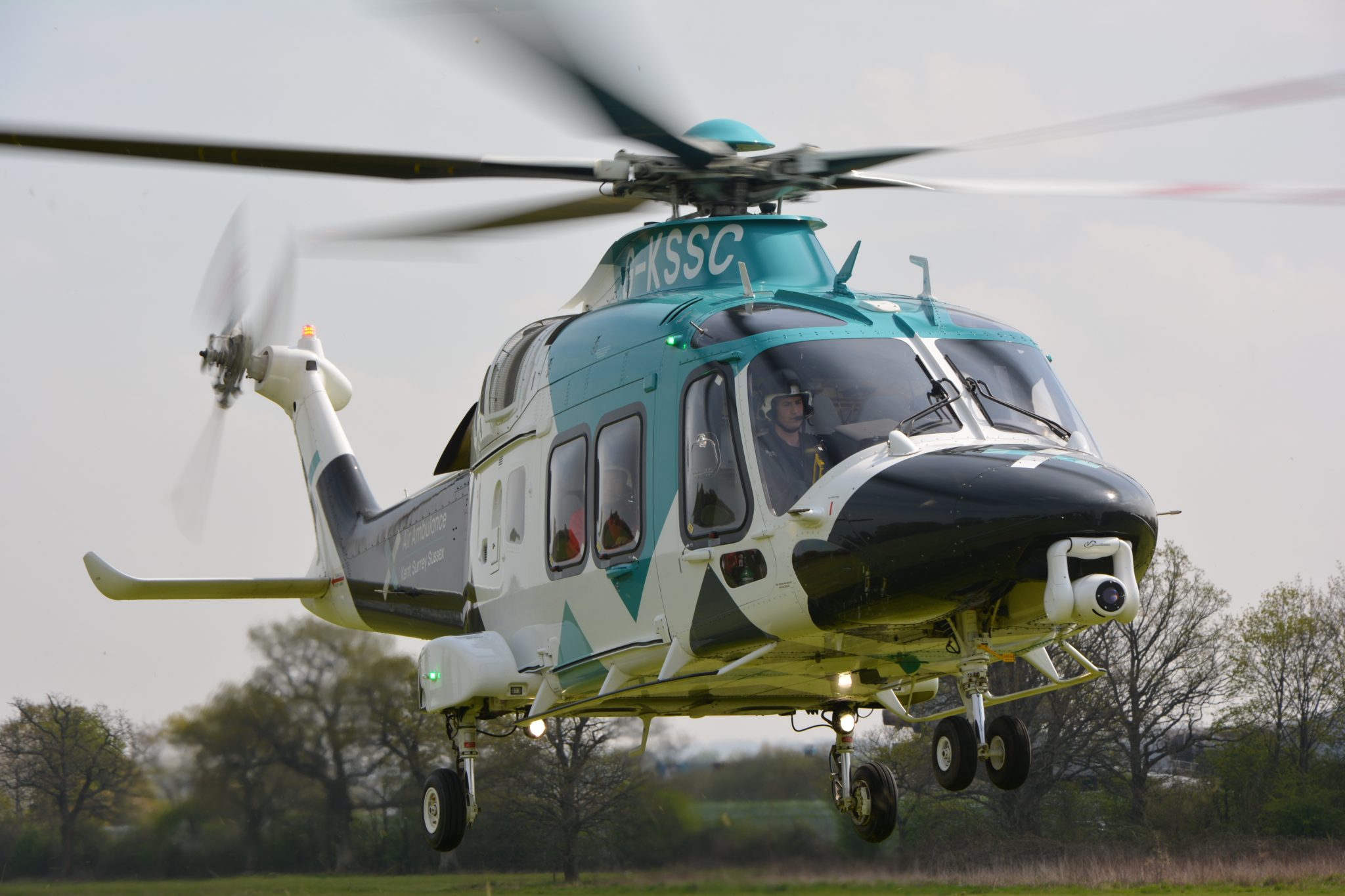 In a retrospective study of trauma patients over 65 years of age attended by KSS, it was found that, although a number of these patients had sustained a minor injury through seemingly innocuous mechanisms, a high proportion of this group required advanced clinical interventions and subsequent tertiary level care at a major trauma centre.

The study also identified that dispatch time to these patients was typically longer, in particular in instances when KSS’s critical care was requested by an ambulance crew already in attendance.

With response time often critical to patient outcomes, the findings suggest that dispatch accuracy to older trauma patients could be improved. Further evaluation is also warranted of how age-dependent triggers for mechanism and physiological parameters could optimise dispatch sensitivity and HEMS utilisation for this group, helping to overcome under-triage.

The research looked at KSS data over a six-year period. During this time:

Professor Richard Lyon MBE, Associate Medical Director at KSS and Professor of Pre-Hospital Emergency Care at the University of Surrey said: “We know that trauma in older people, particularly simple falls from standing height in patients on blood thinning medication, is becoming increasingly common. Older trauma represents 20% of all major trauma in the UK and projections suggest that by 2040 one in four people will be aged 65 or over. Many of these patients would benefit from early pre-hospital critical care and rapid transfer to a major trauma centre, so it is imperative we optimise dispatch to this group of patients.”

“This study has demonstrated that many of these patients do not fulfil the initial criteria for immediate dispatch of HEMS, but that they need advanced interventions and subsequent tertiary level care at major trauma centres.”

Advances in healthcare have enabled greater independence and activity in older people. This has led to a greater prevalence of older trauma, with 50% of severely injured patients over the age of 65-years recorded on the Trauma Audit and Research Network (TARN).[1] Inevitably, growing demand is being placed on acute healthcare services.

HEMS, like KSS, provide enhanced pre-hospital medical care to major trauma patients, such as PHEA. Accurate tasking of HEMS to those patients who may benefit most from their advanced critical care interventions is important as this is a highly valuable resource.

Emergency medical dispatchers track an established pathway during a 112/999 call to discern traumatic injuries. The dispatch triggers are largely validated in the adult trauma population and not specifically adapted to the older trauma subgroup. This study has shown that clinical observations of traumatically injured older adults may present with parameters equivalent to younger ‘well’ adults, and that therefore injury severity is potentially masked to both the caller and clinician, and consequently KSS’s dispatch was delayed.

This was particularly notable in falls. A significant proportion of older trauma patients in the study had fallen from standing height (less than two metres). In people who are under 65 years of age, falls of this type can lead to serious injury in 4% of cases. In people over 65 years of age, 30% are likely to experience serious injury, and these incidents are 10 times more likely to cause death.[2]

This study showed that, in the majority of these cases, KSS was dispatched once a ground ambulance crew had assessed the patient, leading to a potential delay in providing the patient with advanced critical interventions. In a number of these cases, patients required specialist interventions at the scene and 60% were transferred to a major trauma centre.

Previous research has shown that HEMS can contribute to a survival benefit in these patients[3], and now this study identifies the need to improve efficiency of HEMS dispatch in the older trauma subgroup.

“Advanced interventions provided by HEMS are an unparalleled but scarce resource and it is crucial that dispatch triggers are effective. KSS is a charity, reliant upon public donations and fundraising for the £15 million it costs each year to deliver our service to the 4.8 million people we serve.”

“Improving triage is key, so that those patients who need immediate critical care receive it as quickly as possible. Further research is warranted focusing on how age-dependent triggers can improve efficiency along with how live video-transmission may help gauge physiological parameters to expedite dispatch.”

The research has been published by Scandinavian Journal of Trauma Resuscitation and Emergency Medicine.