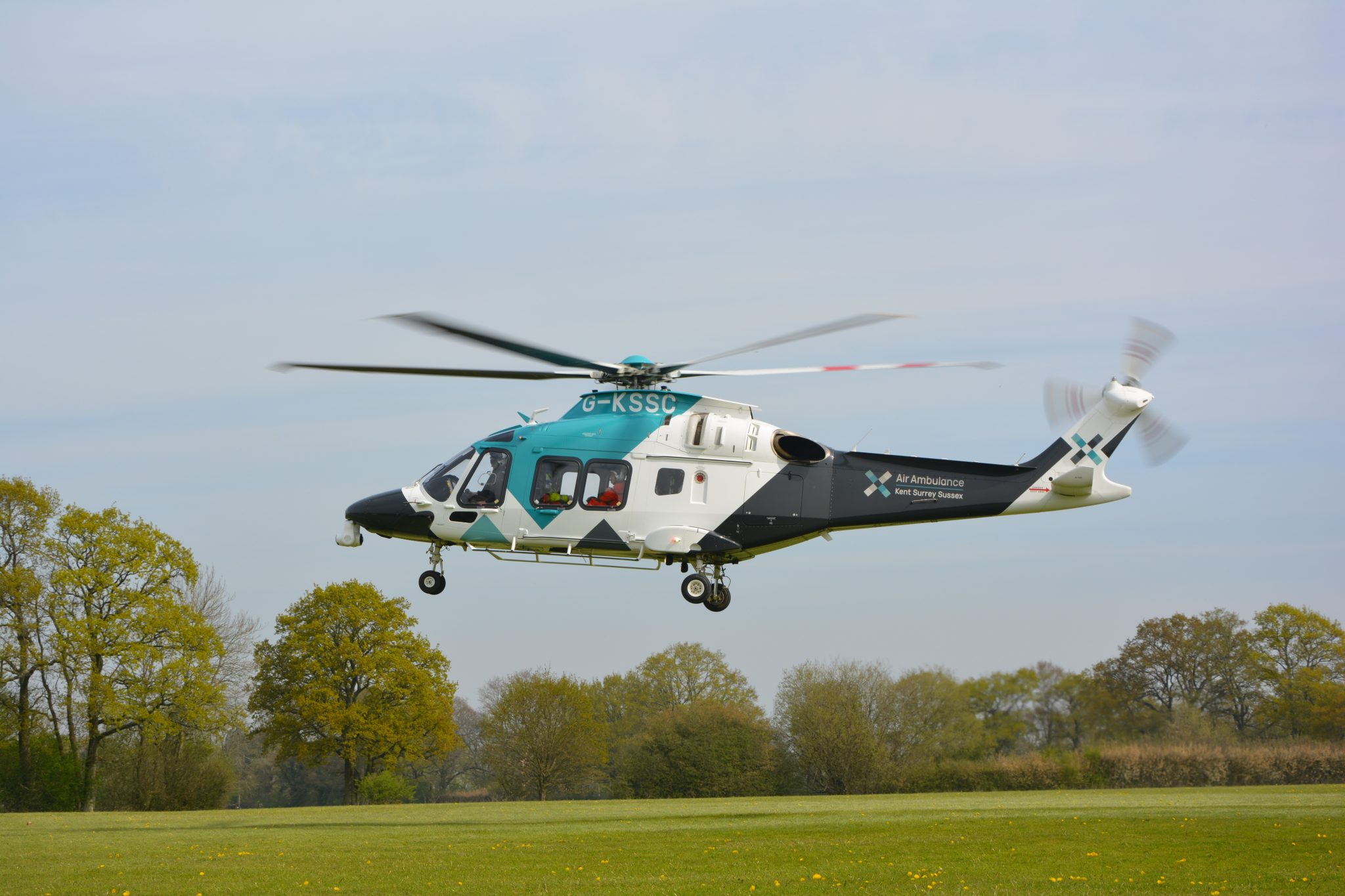 Research from life-saving charity Air Ambulance Kent Surrey Sussex (KSS) in partnership with the University of Surrey has shown the significant benefits of HEMS in responding to penetrating torso injuries suffered by patients in rural or semi-rural areas. Penetrating trauma is most commonly associated with stabbing or shooting.

The retrospective study, which analysed data over a six-year period, also highlights a prevalence of these incidents along known County Lines, networks established by city-based drug dealers to supply and sell drugs to users in towns and rural areas.

The findings demonstrate the value of HEMS in expediting critical treatment for this group of penetrating trauma patients in rural and semi-rural areas and will inform multi-agency knife crime prevention strategy in these areas.

Penetrating trauma patients pose a significant challenge to pre-hospital emergency medical care providers. Time-critical non-compressible hemorrhage requires rapid assessment and typically transport to a Major Trauma Centre (MTC). In this study, 54 patients required one or more HEMS-specific time-critical interventions in the pre-hospital setting, and in total 78% of patients were transferred to a MTC.

Penetrating trauma has been a substantial part of the trauma workload in urban areas in the UK for the last decade [1] and more recently it has increased in rural and semi-rural areas, where patients are frequently significantly further away from a tertiary care centre. In this study, the town of Margate in Kent, located 73 miles and two hours away from its nearest MTC, had a significant number of penetrating torso trauma patients. The involvement of KSS resulted in transfer time for these patients being halved.

“We know that time is absolutely critical to patients who have suffered penetrating torso trauma from a knife or gunshot injury. It can be challenging to discern which injuries require immediate intervention. Penetrating trauma patients can initially present as stable but can quickly deteriorate into a life-threatening condition. Getting the advanced clinical skills and clinical decision-making of HEMS teams to patients as quickly as possible can significantly improve outcomes for these patients.”

“From their significant clinical experience, HEMS teams are more aware of underlying injuries and, in addition to providing emergency treatment at the scene, also have the capability to intervene en route to hospital if required. 34 patients in our study required a blood transfusion whilst being transferred by KSS to hospital.”

“Previous studies have demonstrated that the accuracy of clinical examination to establish the degree of bleeding and potential for internal damage after penetrating injury is poor, making it difficult to predict which patients will deteriorate before they reach hospital. Our study confirms this, and also shows that HEMS attendance can be crucial. Several of the patients in this study received pre-hospital interventions, without which they would not have survived.”

The research also highlighted the geographical distribution of penetrating trauma across KSS’s region over the six-year study period and identifies a specific pattern which mirrors existing drug trafficking County Lines. This information will help knife crime prevention strategy and will also support the safeguarding of vulnerable people at risk.

The research has been published in the Scandinavian Journal of Trauma, Resuscitation and Emergency Medicine.