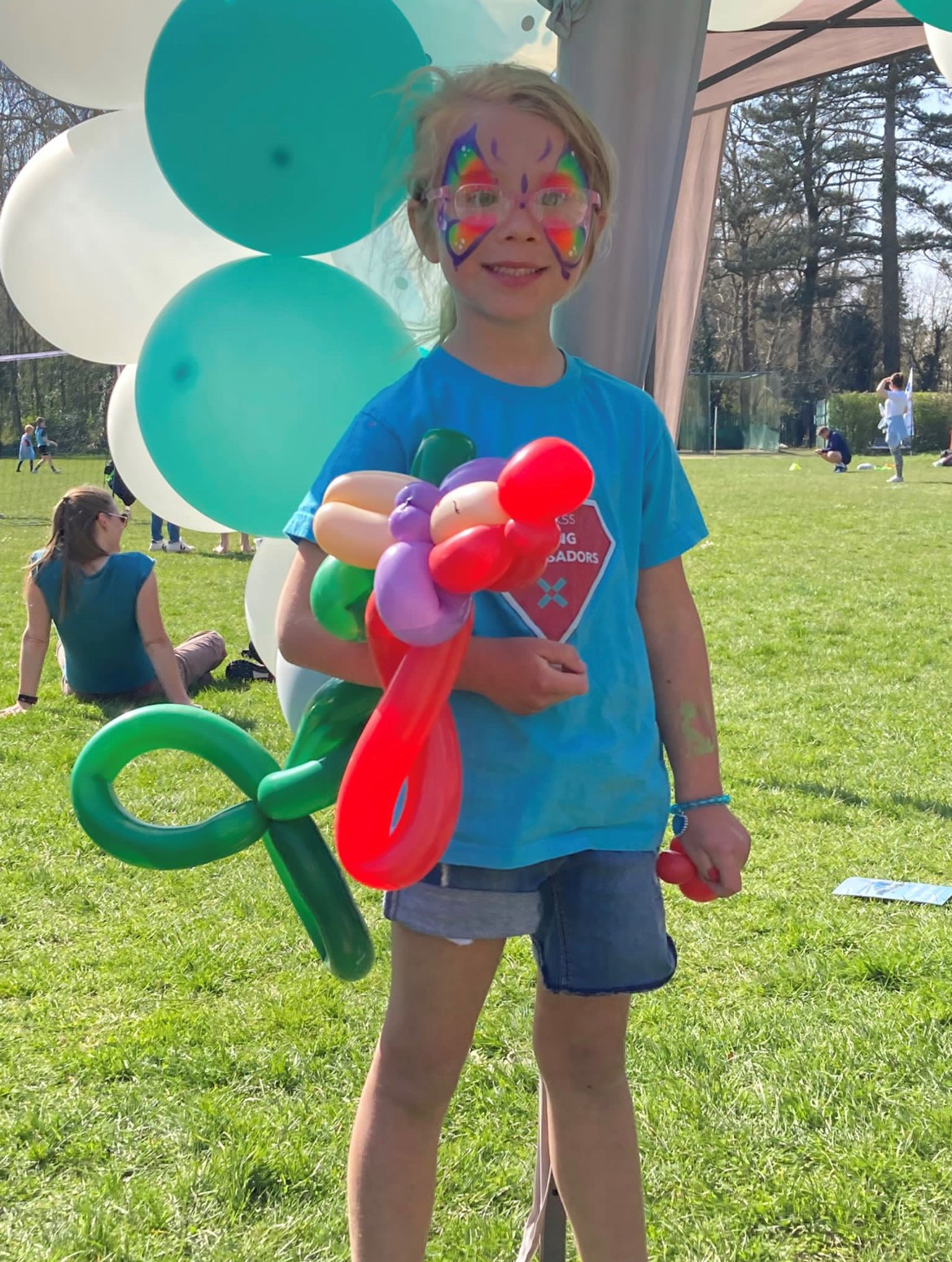 A community fundraising event organised by the family and friends of a former Air Ambulance Charity Kent Surrey Sussex (KSS) patient has raised over £11,000 for the life-saving charity.

Miles4Madi, which took place on 26th March in Claygate, Surrey, was organised by Jen and Alastair Roome whose daughter Madi received emergency treatment from KSS in May 2020 after she was kicked in the face by a passing horse. Madi, now aged four and a KSS Young Ambassador, was two and a half years old at the time. She was critically injured and needed to be rapidly transferred by helicopter to the Major Trauma Centre at St George’s Hospital, London.

Following four surgeries, Madi is now on the road to recovery.  To help the charity that saved Madi’s life, the Roome family along with friends developed Miles4Madi, a day of fundraising activity featuring: three bike ride routes for all ages and abilities, over 50 miles, 20 miles or 5km; a Family Fundraiser at Pistachios on Claygate Recreational Ground, with food and drinks, fun activities for children and a Mother’s Day auction, and an interactive Family Concert with the Equinox Ensemble at All Saints, Weston Green.

“We are so grateful to the Claygate community and beyond for their amazing support and generosity to Miles4Madi over the last few weeks. On the day of the event the weather was glorious, the turnout fantastic and the generosity of those attending the various parts of the event was far more than we ever imagined. A combination of which led to a very successful event.”

“From the bottom of my heart, I want to thank Madi and her family, and the many friends, local businesses and members of the local community who came together to support this event. Their extraordinary fundraising efforts make a significant difference to our charity.”

“Earlier this year we invited Madi to be one of KSS’s first Young Ambassadors, a group of inspiring young people who represent the charity by helping to raise awareness of our vital work across the community. We are so grateful to Madi and the Roome family for organising Miles4Madi and we are also thrilled that another of our Young Ambassadors, Chanel Pritchard from Seaford, attended and supported the event.”

“It costs £15.2M each year to continue to operate our service every hour of every day. 86% of our total income comes from the incredible generosity of our supporters. They play such a vital role in helping KSS to continue to save lives and deliver the best possible outcomes for our patients.”

If you wish to donate to Miles4Madi or find out more about Madi’s story, please visit https://miles4madi.com/

Operating out of Redhill Aerodrome and headquartered in Rochester, KSS provides world-leading pre-hospital emergency care whenever and wherever required to save lives and ensure the best possible patient outcomes. Its crews of pilots, doctors and paramedics responded to 3,051 incidents in 2021, the charity’s busiest year in its 32-year history. When the call comes KSS can reach any part of Kent, Surrey and Sussex in under 30 minutes, bringing the emergency room to the scene to deliver life-saving care.

KSS was the first Helicopter Emergency Medical Service (HEMS) in the country to operate 24 hours a day, seven days a week. In Mach 2020 KSS became the first HEMS to be rated Outstanding by the Care Quality Commission in all five of its inspection key lines of enquiry: safe, effective, caring, responsive and well-led. In September 2020 KSS won the Charity Times Charity of the Year Award (income more than £10M) and in September 2021 KSS won Kent Charity of the Year and CEO David Welch was selected as Charity Times’ Charity Leader of the Year Award 2021.

Each year, the charity must raise £15.2M to operate its life-saving service. 86% of its total income is raised through the generosity of KSS’s supporters.