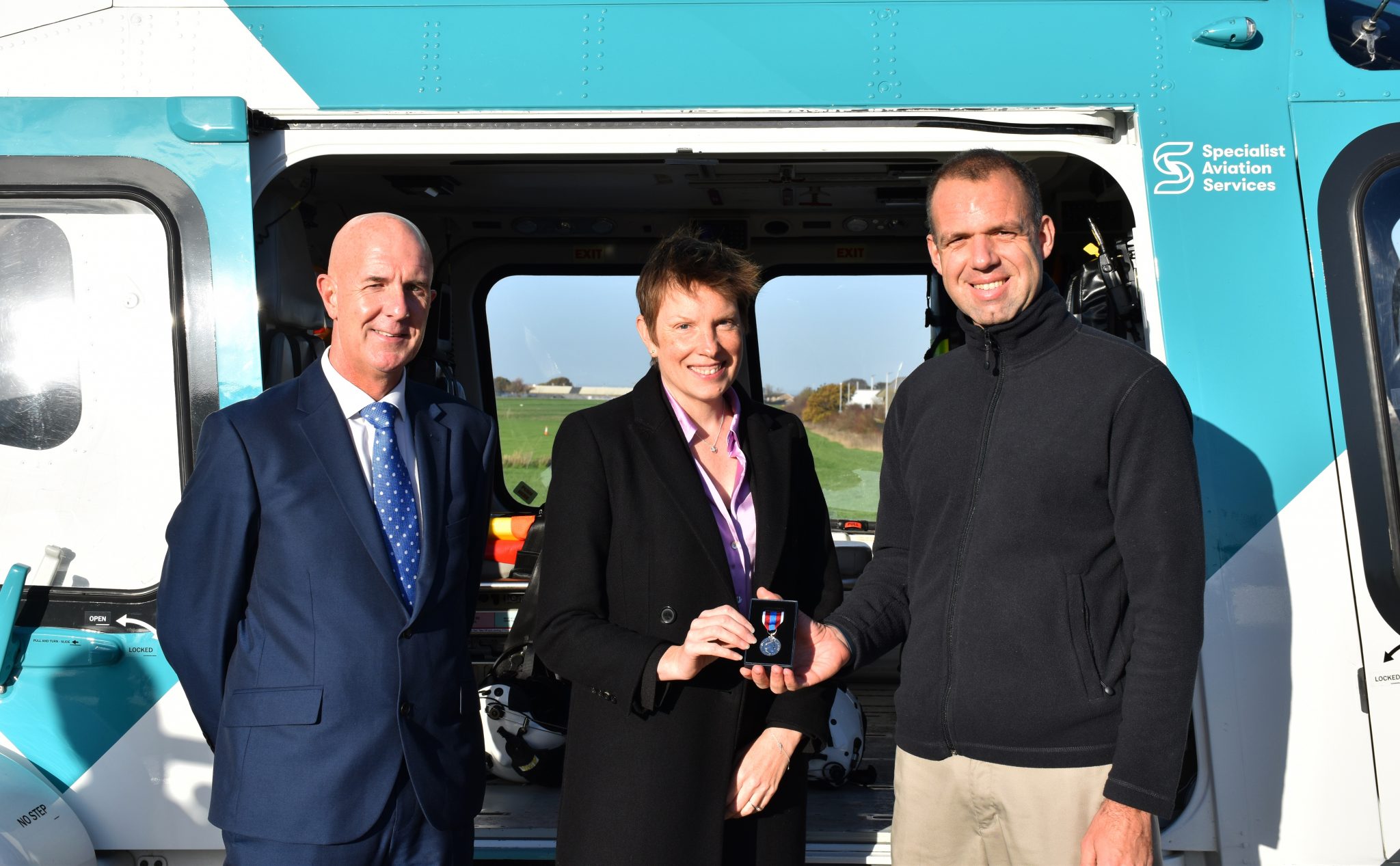 KSS invited Tracey Crouch to present the medals in recognition of the exceptional role she played, in partnership with Air Ambulances UK (AAUK), in persuading the Government to enable eligible staff from Air Ambulance charities to be included in the medal allocation. Prior to this campaign, no one directly employed from the Air Ambulance sector was included in the awards.

As part of the activity to extend the award eligibility to Air Ambulance staff, Tracey Crouch rallied support from 25 MPs across Kent, Surrey and Sussex. Together they signed a joint letter to the Rt Hon Sajid Javid MP, who was then the Secretary of State for Health and Social Care.

David Welch, CEO, KSS said: “KSS wrote to Tracey Crouch earlier this year to highlight the exclusion of air ambulance staff from these awards and she immediately offered her support. Her actions resulted in the Department of Health and Social Care including eligible Helicopter Emergency Medical Services staff.

“I couldn’t be prouder of the fact that 41 paramedics, doctors and pilots from Team KSS received their prestigious Platinum Jubilee Medals today. Without Tracey Crouch’s support, and the support from all our local MPs across Kent, Surrey and Sussex as well as Air Ambulances UK, it would not have been possible for them to have received this honour.”

Tracey Crouch MP said: “The air ambulance is a vital part of our emergency services eco-system and it seemed incredibly unfair that they were due to be exempt from recognition.  With their base situated on the border of my constituency I often see the helicopter heading off to or returning from an incident, knowing that they are called to the most difficult and challenging of situations taking the equivalent of an emergency department right to the scene. It was my absolute privilege to co-ordinate a call for their inclusion in the Queen’s Platinum Jubilee Medals and I am humbled to present them to some absolute heroes.”

KSS provides world-leading pre-hospital emergency care whenever and wherever required to save lives and ensure the best possible patient outcomes. Its crews of pilots, doctors and paramedics responded to 3,051 incidents in 2021, the charity’s busiest year in its 32-year history – and so far this year, the service has been in demand more than ever before.

Each year, KSS must raise £15.2M to operate its life-saving service. 86% of its total income is raised through the generosity of KSS’s supporters. For further information, please visit www.aakss.org.uk