8 FEBRUARY 2019: THE FIRST EXHIBITION TO EXPLORE 19TH CENTURY VISIONS OF THE MOON 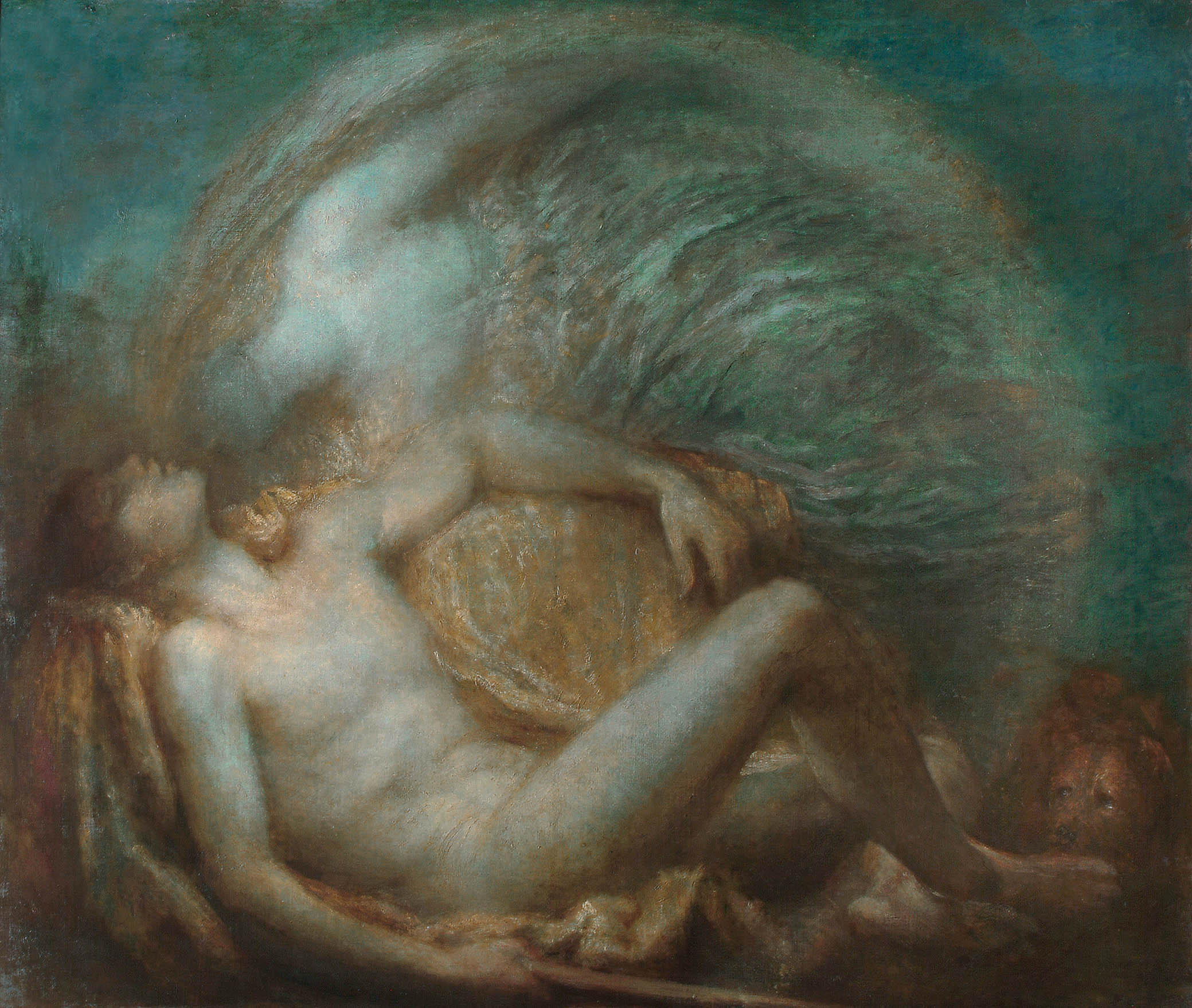 In the year of the 50th anniversary of the first moon landing, Moonscapes, opening at Watts Gallery on 2 April 2019, is the first exhibition to explore nineteenth-century visions of the moon.

Presenting a selection of works by significant artists including William Holman Hunt, John Atkinson Grimshaw, Evelyn de Morgan and G F Watts, Moonscapes will consider the Victorian fascination with the earth’s closest cosmic neighbour, bringing into focus the many ways in which nineteenth-century artists have drawn inspiration from the moon. Alongside a programme of contemporary art interventions that will accent the key themes of the exhibition through light, sound and space – including work by Artist in Residence, Mary Branson.

The appearance of the moon, and its changing phases, has been the subject of debate and visual interpretation since time immemorial. Following the development of astronomical telescopes in the seventeenth century, scientists across the globe have observed the moon closely. This new astronomical research sparked intense lunar interest in Britain, leading scientific pioneers to found the Royal Astronomical Society in 1820. Artists were similarly beguiled by the complexities of the cosmos and some became closely associated with astronomers, such as G F Watts and his friend Sir John Herschel, President of the Royal Astronomical Society.

Artists were captivated by the painterly challenge of depicting nocturnal landscapes, and saw the moon as a symbol of nature’s enormity. For Abraham Pether and his two painter sons, depicting the moon became the family business. Known as the ‘Moonlight Pethers’, their glowing landscapes balance detailed technique with intricate meteorological observation.

From the 1880s, oil paintings featuring the personification of the moon were produced by symbolist painters including Evelyn de Morgan and G F Watts. In De Morgan’s Luna 1885 the moon is embodied by the figure of a young woman seated on a crescent, with the artist representing the Roman Goddess. Watts’s dynamic vision for the creation of the cosmos is illustrated by the Sower of the Systems 1902, in which a robed, faceless figure sweeps across space, radiating arcs of gold to form galaxies.

Moonscapes will also examine the scientific tools that astronomers have used to expand lunar knowledge. From an intricate orrery (a mechanical model of the Solar System) to a globe mapping the moon’s cratered surface, these complex and beautiful objects show how enterprising scientists attempted to decipher the mystery of the lunar orbits. Early stereoscopic photography will close the 384,400 km distance and bring the moon into focus in astonishing detail.

Alistair Burtenshaw, Director: ‘I am delighted to announce the opening on 2 April of Moonscapes, the first of Watts Gallery – Artists’ Village’s season of three major new exhibitions this year. As we mark the 50th anniversary of the first moon landing, there couldn’t be a more appropriate moment to recognise and explore nineteenth century responses to the moon, contextualised by twenty-first century visions of the cosmos’.

Dr Cicely Robinson, Brice Curator: “Exploring the rich and varied ways in which the moon provoked both scientific and artistic responses in the nineteenth century, Moonscapes invites us to consider our own relationship with earth’s nearest lunar neighbour today”

Dr Tessa Kilgarriff, Assistant Curator: “The monthly cycle of the moon has often been associated with the rhythm of human mortality. This exhibition gives us the opportunity to explore how artists like Abraham Pether and John Atkinson Grimshaw sought to capture the moon’s fleeting, silvery light, in both landscapes and luminescent street scenes.”

Moonscapes opens at Watts Gallery on 2 April 2019 (until 23 June 2019) and will be accompanied by a programme of talks and events.