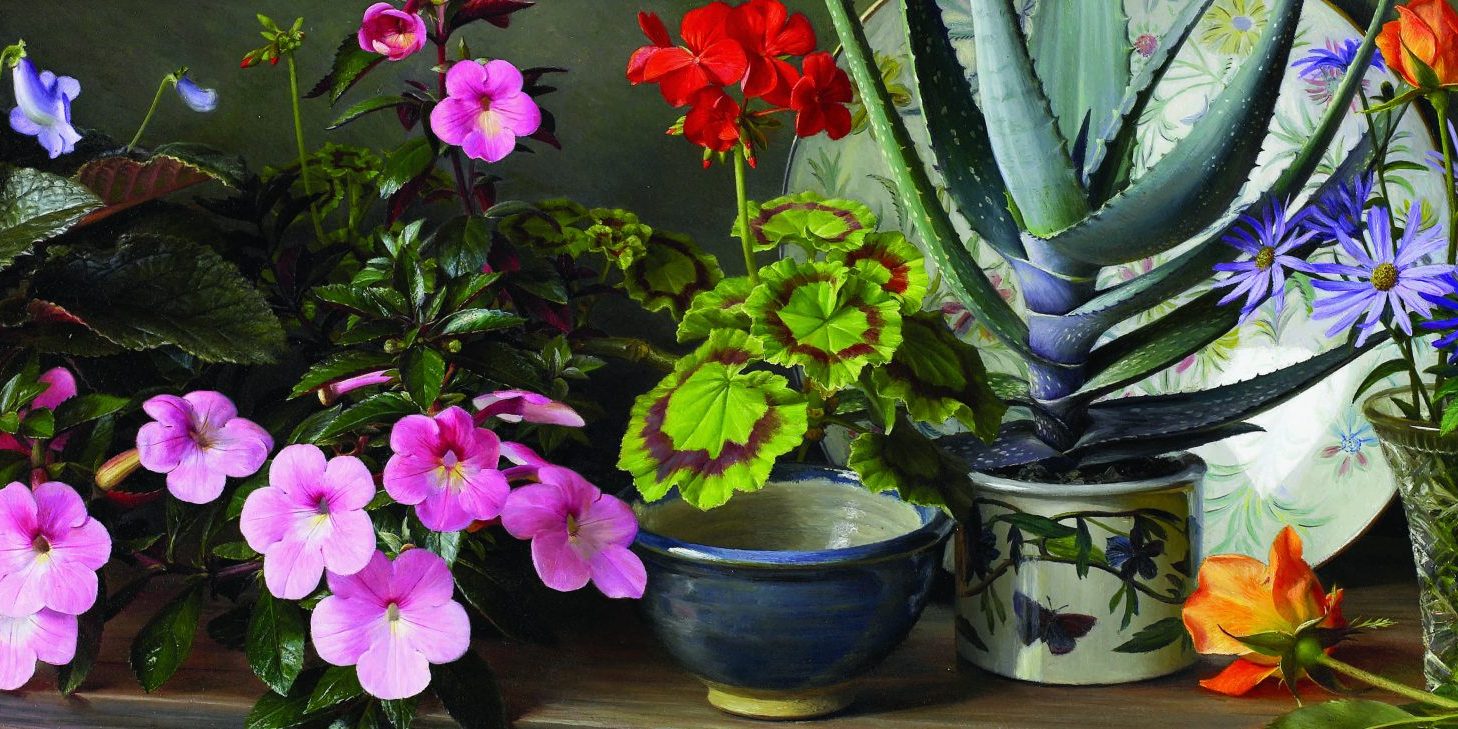 Opening in March 2019, Raymond Booth 1929 – 2015: Detailing Nature will combine exquisite paintings and studies to tell the little-known story of one of Britain’s most accomplished botanical, wildlife and natural history artists. The exhibition includes artworks uncovered by long-time friend, Peyton Skipwith – found when clearing Booth’s studio after his death – now on display for the first time. Seen together in Watts Contemporary Gallery, these works offer an insight into the practice and working life of a reclusive artist, a private man ‘immersed in his own world of poetry, plant cultivation, and […] natural history’.

Co-curated by Skipwith, expert on Booth and former Director of the Fine Art Society of London, Detailing Nature will tell the story of Booth’s remarkable career, much of which was spent in his private studio at home in Alwoodley – an ‘inner sanctuary’, which no one besides the artist was permitted to enter.

Despite rarely leaving his native Yorkshire, Booth developed an international reputation as a leading botanical and natural history artist. Booth’s meticulous rendering of wildlife, woodlands, meadows and heathland found admiration far beyond the bounds of his beloved Adel Woods, where he spent much of his time studying and refining his technique. A plantsman as well as an artist, Booth would cultivate flowers, plants and botanical specimens at home in the garden before painting them in the studio. It was through this extensive and painstaking process that Booth developed an expert knowledge of his subject, a defining feature of his work.

“Nothing delighted him more than the freedom to put a few basic requirements in a backpack and explore the countryside, sleeping under hedgerows or in woodland, and developing his intimacy with bird and animal life.” Peyton Skipwith

Booth was born and raised in Roundhay, northeast Leeds, and attended Leeds College of Art. After contracting tuberculosis while on National Service in Egypt, Booth was sent to a sanatorium, where he wiled away the hours honing his craft and began producing the botanical studies for which he is now best known. In 1992, Booth published the much-cited Japonica Magnifica in collaboration with American botanist, Don Elick.

Raymond Booth’s work is held internationally in major public collections, including the Fitzwilliam Museum, the Ulster Museum, The Hunt Institute in Pittsburgh, the Shirley Sherwood Gallery at Kew, and Leeds City Art Gallery, as well as many private collections in Europe, America, Japan and the Middle East. Booth was represented by The Fine Art Society until his death in 2015.

In accordance with Raymond Booth’s wishes, proceeds from the sale of the works from his estate, after all costs, will be divided between The Woodland Trust, Plant Life International and the Royal Society for the Protection of Birds. These charities represent causes close to the heart of Watts Gallery’s founders, G F and Mary Watts; G F Watts was made Associate of the Society of the Protection of Birds in 1898, and allowed his painting, A Dedication, to feature on an 1899 Society pamphlet against the plumage trade.

Proceeds from the sale of work also directly benefit Watts Gallery Trust’s learning and outreach programme, which has over 29,000 participations each year.

Alistair Burtenshaw, Director of Watts Gallery Trust says: “I am incredibly excited to announce the opening in March of our new exhibition, Raymond Booth 1929 – 2015: Detailing Nature. Part of Watts Contemporary Gallery’s prestigious programme of selling exhibitions, Detailing Nature tells the story of a remarkable yet reclusive talent. From intricate plant studies to captivating landscapes, the magnificent range of Raymond Booth’s artistic ability will be on full show in this comprehensive account of the artist’s career.”