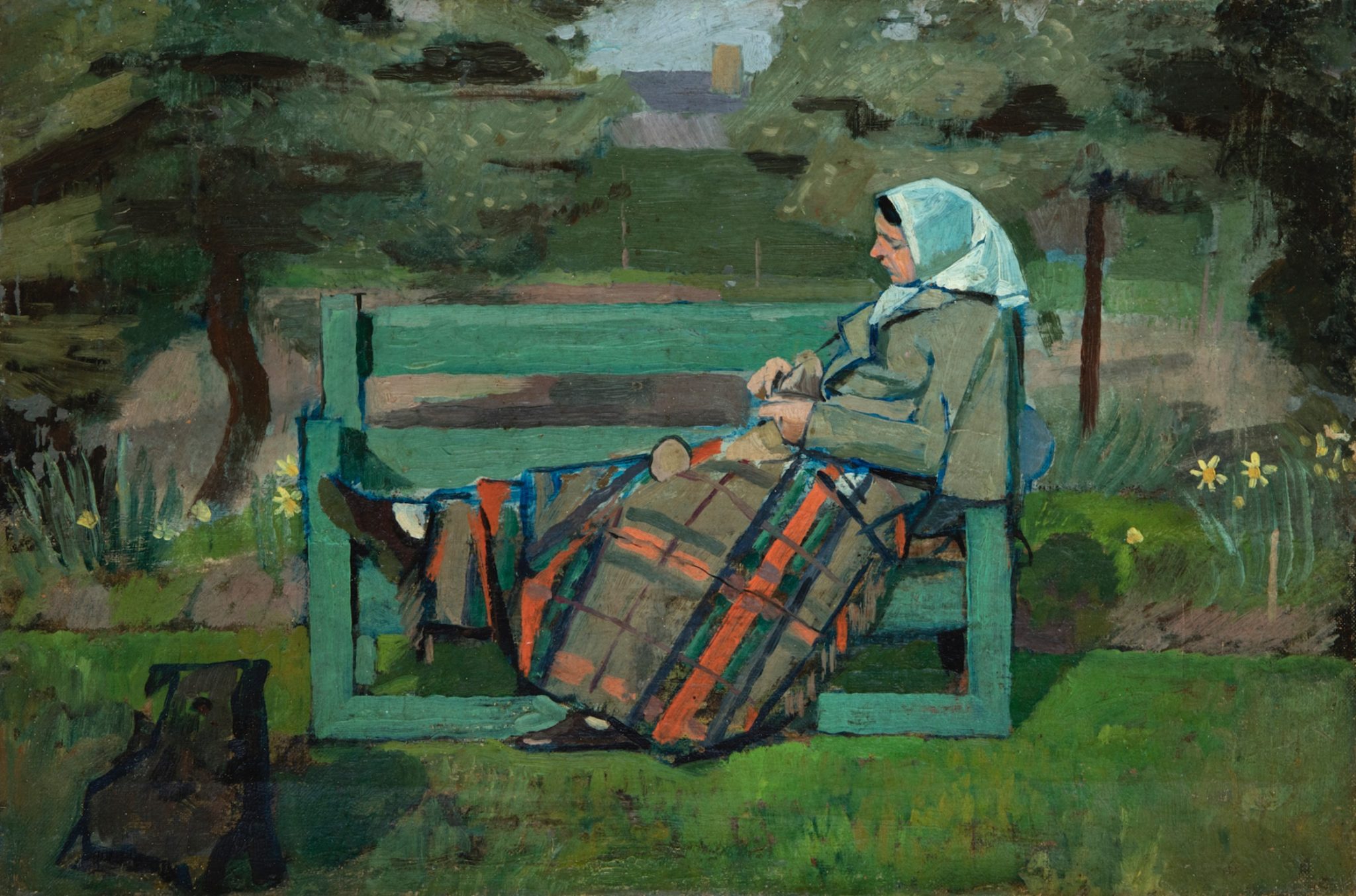 CREATIVE SPACES: Artists in the early decades of the 20th century

Opening at Watts Contemporary Gallery on 5 May (until 19 June), Creative Spaces explores how artists working during the early decades of the 20th century were inspired by the spaces which they inhabited.

From the kitchen table to a converted Chapel, a garden shed to a purpose-built studio, the exhibition brings together over 35 paintings and works on paper by artists including Evelyn Dunbar (1906-1960), Barnett Freedman (1901-1958), Albert de Belleroche (1864-1944), Charles Mahoney (1903-1968) and Stephen Bone (1904-1958) and provides a rare opportunity to see these personal and creative spaces through the artist’s eye.

The exhibition is a collaboration with Liss Llewellyn who, working with artists’ studios and estates, are able to present works that have never previously been shown in public or available for sale.  All profits from this exhibition will support Watts Gallery Trust’s Art for All learning programme which delivers transformative artist-led workshops to members of the local community who might not otherwise have access to art.

Creative Spaces is inspired by the creative spaces of G F Watts (1817-1904) and Mary Watts (1849-1938), co-founders of Watts Gallery – Artists’ Village, which are open to visitors.  In Watts Studios, visitors can experience G F Watts’s Great Studio, with paintings the artist worked on there along with his painting table, palettes and more. And in Limnerslease, Mary Watts’s exquisitely decorated ceilings and fireplaces have been conserved and are now on display.

The Watts Contemporary exhibition programme shows work by artists that resonates with the legacy of G F and Mary Watts.  Although the focus is on contemporary practice, the Gallery also occasionally presents an exhibition from their time period, the late 19th and early 20th century. Like Mary Watts, the artists featured in this exhibition were active in the early decades of the 20th century, a hugely important time in the history of British Art.

For many artists, home and studio are interchangeable, and when working space and domestic space collide, an artist’s practice can become intensely personal.   Pots of paintbrushes appear alongside vases of flowers, and the artist’s model might be the artist’s daughter drawing at the kitchen table.  Creative Spaces transports the viewer to where the artist’s personal and working environments overlap, allowing us to step into their inner world to understand more about both their home life and their creative process.

Highlights of this exhibition include:

Welsh-born Belleroche maintained several studios in Paris and London at different points in his career, some of which he shared with his friend, the celebrated American Impressionist John Singer Sargent (1856-1925).  The room in this painting is believed to be Sargent’s dining room at 33 Tite Street, Chelsea.  Sargent painted an almost identical view of the room, called My Dining Room, now at the Smith College Museum of Art, Northampton, Massachusetts.

Stephen Bone’s work is held in major public collections in the UK, including Tate, National Portrait Gallery, Imperial War Museum and the Maritime Museum.  This picture, believed to show the artist’s studio at 43 Haverstock Hill, highlights the artist’s painterly skill and sure sense of colour.

Best known for his large-scale murals (some were collaborations with Eric Ravilious and Edward Bawden), Charles Mahoney also taught at the RCA throughout much of his career. He was a skilled botanist and many of his paintings depict flowers and his beloved garden. After many unsatisfactory house moves, he bought a small cottage, Oak Cottage, in Wrotham, Kent which provided him with the stability he needed to paint at leisure.

Dunbar studied at the RCA, where she was taught by and would later collaborate with Charles Mahoney.  Florence, Evelyn’s mother, was a gifted and devotedly hard-working gardener. She features frequently in Evelyn’s studies of the family home, The Cedars, more often than not in the garden, and often wearing the same jacket. In this contemplative composition she waits patiently for Spring, filling in time knitting.

Frederick Austin was a painter and printmaker, born in Leicester. Frederick’s elder brother, Robert, was also an artist, who bought a house on the River Thames in Chiswick Mall in the early 1930s. On visits there, Frederick enjoyed river outings, where he took his sketchbook to record scenes and domestic events.

This large four-panel egg tempera painting was intended as a mural. Taking the view of Reigate from the tower of St Mary’s Church, with the North Downs as a backdrop, Duncan has added in the foreground characters relaxing and enjoying country pursuits.

“I am delighted we are able to bring to Watts Contemporary such an interesting exhibition, giving a fascinating insight into the work-life balance of artists in the early decades of the 20th century. It’s great to expand the range of art we can offer our visitors and create an evocative picture of life in these pre-digital decades.”

“Following on from a previous exhibition on Evelyn Dunbar, Liss Llewellyn are delighted to be collaborating again with Watts Contemporary.  Whether spontaneous works on paper or more formal compositions, it is hoped that the images have in common the power to transport the viewer momentarily back into the artist’s milieu and the moment of creation.  Here we can revel in the self-gaze of an artist, or the frisson that suggests the artist was in love with his or her subject.”

“We are delighted to be holding the Creative Spaces exhibition here, inspired by the wonderful ‘creative spaces’ of our co-founders, G F and Mary Watts – which we very much hope visitors to this exhibition will also enjoy when coming to Watts Gallery – Artists’ Village this spring. This exhibition also feels very pertinent given Watts Gallery Trust’s role as founder and host of the Artist’s Studio Museum Network of over 150 artists’ studios around the world – all similarly inspiring places of domestic creativity.”

“This exhibition marks the continuation of our collaboration with Liss Llewellyn, and we are very grateful for their support in helping us raise important funds for our Art for All Community Learning Programme.”

Creative Spaces: Artists in the early decades of the 20th century opens at Watts Contemporary Gallery on 5 May (until 19 June).  All work is for sale, with prices from £225.

Image: Evelyn Dunbar, Florence in the Garden at The Cedars, c.1938