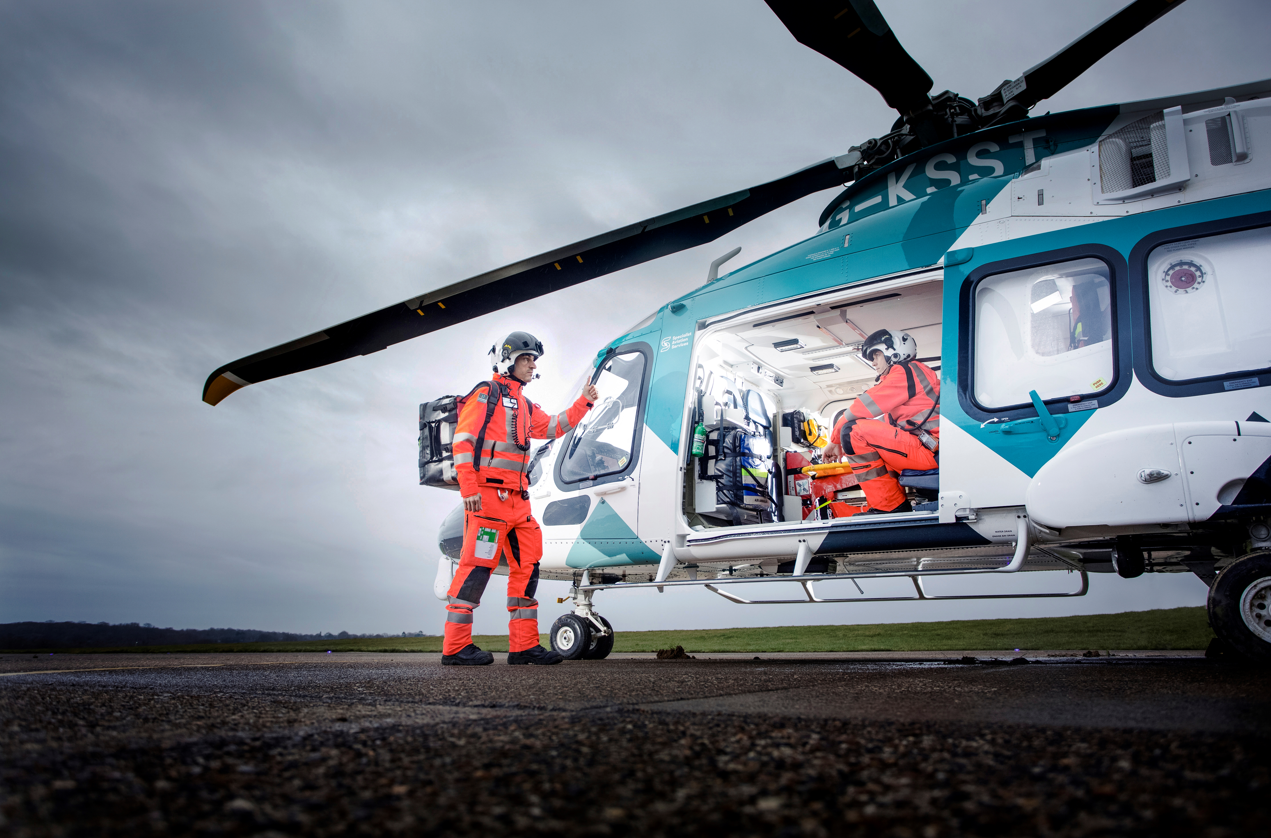 Over a third (36%) of UK adults do not have CPR life-saving skills to save a life in an emergency, and just under half (43%) would not feel confident performing chest compressions if they were to witness someone having a cardiac arrest.

A survey by Warwick University of over 4,000 adults on attitudes towards the life-saving skill is worrying. 80% of out-of-hospital cardiac arrests happen at home, which means a high proportion of people would not be able to save a loved one. Every minute without CPR and defibrillation reduces the chance of survival by up to 10%.

Air Ambulance Charity Kent Surrey Sussex (KSS) together with Resuscitation Council UK, St John Ambulance, the British Heart Foundation, British Red Cross, UK Ambulance Services and other charitable organisations are committed to ensuring that everyone has the skills to save a life. They are urging people to take part in the Restart a Heart campaign, beginning this Sunday 16 October and continuing throughout the month, to establish confident lifesavers across the UK– currently survival rates from out of hospital cardiac arrest are one in ten.

Marc Chaplin, from Billingshurst, Sussex, knows that his life wouldn’t have been saved without the help of bystanders when he suffered a cardiac arrest in December 2019. Marc, who was in his local supermarket at the time, said: “I’m eternally grateful to the bystanders who helped me in those first few critical moments. One was a nurse who gave me immediate CPR, helped by a local lad who gave me mouth-to-mouth resuscitation. Community First Responders soon arrived and got my heart going with the in-store defibrillator.”

“But that wasn’t the end of the story. When I fell to the floor, I fractured my skull. Those head injuries, along with the chances of suffering a further cardiac arrest, meant my life was still in grave danger. Thankfully, KSS were dispatched and I was able to receive life-saving treatment in a supermarket that would normally only be available in A&E. They decided to give me an emergency anaesthetic in the aisle. Once on the helicopter, they placed me on a ventilator and kept me stable until we reached St George’s Hospital in London.”

“I don’t remember the incident – just waking up feeling awful, but lucky to be alive. I spent two weeks in St George’s, first in intensive care and later for physio to learn how to do simple things like walk again.”

He added: “I felt very reflective after my cardiac arrest as I learnt that surviving an incident like mine is rare. I couldn’t share my story with you now without KSS and all the other emergency workers and kind people who helped me, and I will be forever grateful.”

Jo Griggs, HEMS Critical Care Paramedic and part of the Research and Innovation Team at KSS said: “Marc’s experience highlights the crucial role of bystander CPR. In order for us to be able to help patients like Marc when we arrive on scene, it is vital that the bystander is able to follow the instruction given to them by both the emergency call taker on the phone and also our emergency medical colleagues whom may arrive on scene before us to give the patient the best chance of survival.”

She continued: “Everyone can learn CPR so that, together, we can save even more lives.”

Further survey findings show that people who are unemployed are the least likely to have received any form of training and that incidence of cardiac arrest is higher in poorer parts of the country – with a greater proportion of residents from minority and ethnic backgrounds – and survival rates are lower due to lack of training and access to defibrillators.

Over half (53%) of people who had received any CPR training had received it as part of ‘First aid at work’ training’.

The organisations warn that the link between socioeconomic status and cardiac arrests must be addressed – training and access to defibrillators is key to this. Schools and community groups across the UK will be holding education and training initiatives to raise crucial awareness.

Rohit Sagoo, Founder and Director of British Sikh Nurses said: “Coronary heart disease within the South Asian community is up to 50% higher in first-generation South Asians than in the white European population in the UK. This is connected to poor lifestyle choices, such as reduced levels of exercise and healthy eating choices.”

“We need to address this. Healthy eating, exercise, plus vital CPR training within our community will increase survival chances and confidence. It is important for us to understand that our two hands can save a life.”

Findings also show that over half (61%) of respondents wouldn’t feel confident using a defibrillator. Those aged between 18 and 24 are the least confident.

James Cant, Chief Executive at Resuscitation Council UK said: “We urge members of the public to get involved in Restart a Heart. There will be events happening across the UK both online and in-person. You can find out when and where via your local Ambulance Service.”

“A cardiac arrest can happen to anyone, anywhere at any time, so it is important that as many people as possible are equipped with this life-saving skill. It only takes two minutes to learn and anyone can give it a go. If you are reluctant or unable to do rescue breaths, hands-only CPR will still give the person the same chance.”

Restart a Heart begins on Sunday 16 October and continues throughout the month. It aims to raise public awareness of cardiac arrests and increase the number of people trained in CPR, so that everyone can be a bystander CPR hero.

For Restart a Heart Week 2022, Resuscitation Council UK has worked with Sex Education star Connor Swindells to demonstrate how to perform CPR – on a manikin model of himself.  The short film is available here.