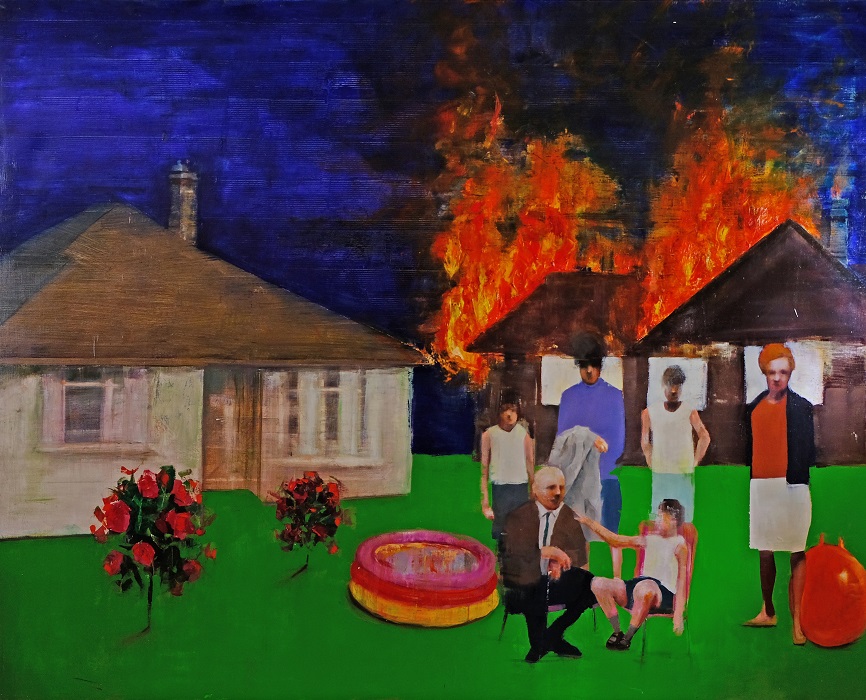 Richard Twose, one of the UK’s most acclaimed portrait painters, goes deep into the events of his extraordinary life in a new collection at the Catto Gallery in September.

As such, it is his most personal collection to date. At present, Twose is best known as a portrait painter. In 2014, he won second prize at the BP Portrait Award for his painting of Jean Woods. Three years later, his portrait of Ken Loach was also selected for the award.

Today, his paintings feature in private collections all over the world. Collectors include Steven Spielberg and Kate Capshaw.

So the forthcoming show represents a departure. Twose says the new direction was triggered by the restrictions of lockdown. Confined to home, he dug out an old family photo album and found himself transported into the past.

It was an epiphany, and it inspired a sudden surge of creativity.

“The paintings poured out of me,” says Twose. “I realised that all my art, since I was 15 and my mother left home, has been an attempt to understand my life.”

Twose’s back story is remarkable. He was born in Devon in 1963 and raised by a manual worker father and a mother who grew up in the Plymouth Brethren faith, only to discover that she was in fact the illegitimate child of a German Jewish woman.

She departed the family after a tabloid scandal, leaving Twose and his brothers to slip deeper into a world of paranoid extremism and non-conformist beliefs.

After many years on the margins of society, Twose reinvented himself as a jewellery designer, designing pieces for Ally Capellino, Paul Smith, The Rolling Stones and Sting among others.  Later came the successful switch to painting.

He explores his extraordinary journey in the new collection at the Catto. Paintings include:

Past Imperfect opens at Catto Gallery on 9 September (until 30 September).  A fully illustrated catalogue will be published to coincide with the exhibition.