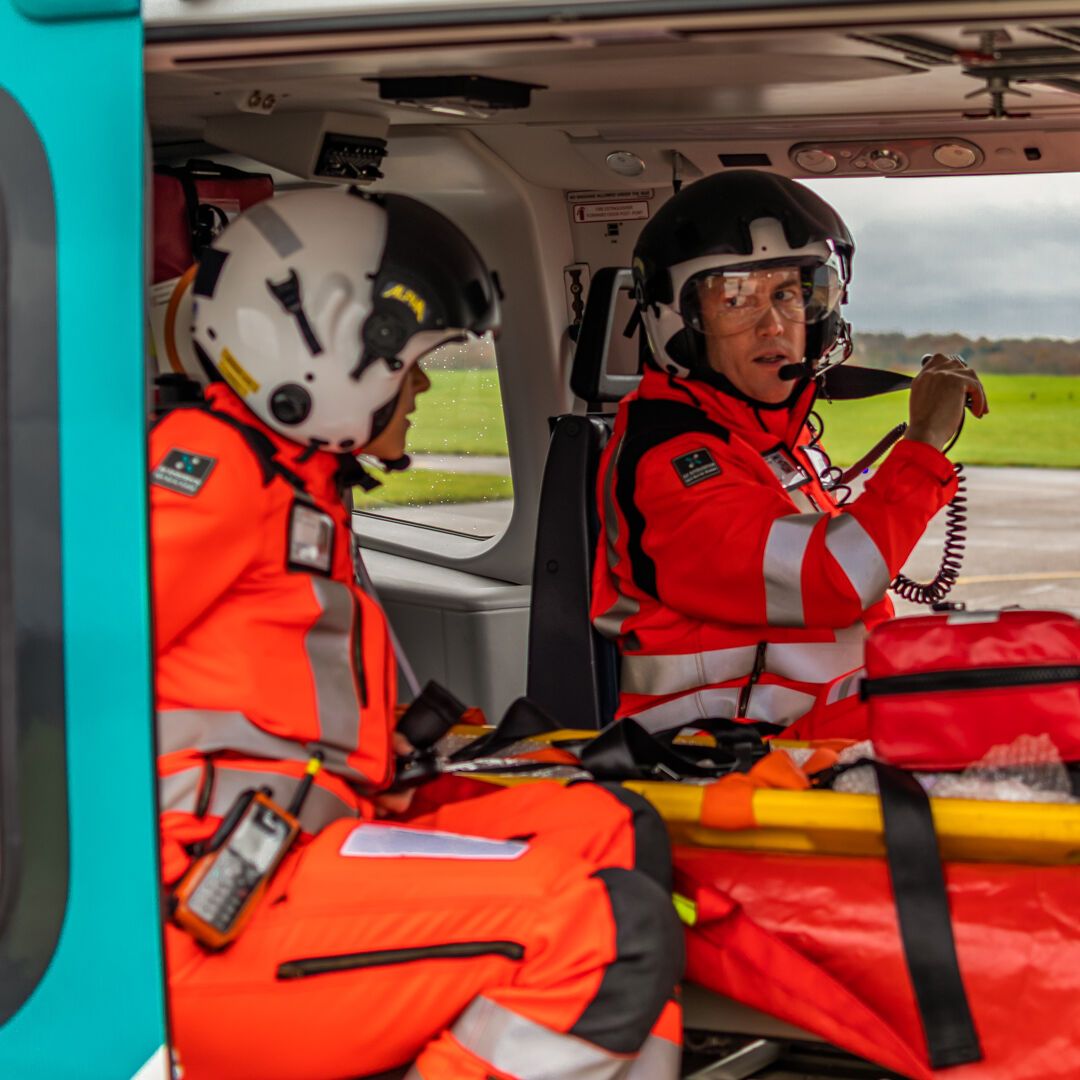 Leigh, who is a state registered paramedic, joined KSS in 2007 having worked previously for the NHS in frontline roles and as Executive Officer for the South East Coast Ambulance Service NHS Foundation Trust (SECAmb).

During his time as Director of Operations and Executive Director of Service Delivery at KSS, Leigh has pioneered many innovations, helping the charity to reach many more critically ill patients and significantly contributing to improved outcomes. In Spring 2013, Leigh led the KSS team who collaborated with the Service for Emergency Rider Volunteers (SERV) to enable blood to be carried on board KSS’s helicopters and response cars so that patients can receive a blood transfusion at the scene. KSS was the first Helicopter Emergency Medical Service (HEMS) outside London to be able to carry blood and the initiative is saving lives.

Also in 2013, and having added a new night-capable aircraft to KSS, Leigh oversaw the introduction of night flying, making KSS the first 24/7 HEMS in the country. Since this time, KSS has carried out over 6,250 missions at night.

Testament to the significant achievements of the KSS service and operating procedures, in March 2020 the charity became the first HEMS to be rated Outstanding by the Care Quality Commission in all five of its inspection key lines of enquiry: safe, effective, caring, responsive and well-led.

This has been further evidenced in the charity’s response to the Covid-19 pandemic. Leigh adapted the KSS service so that it has been able to operate safely 24/7 throughout – despite an inevitable increase in staff absence as a result of team members needing to self-isolate – and, working with the NHS and SECAmb, Leigh extended the charity’s role at the frontline enabling KSS to transfer 100 critically ill patients between Intensive Care Units across the KSS region.

Leigh Curtis MBE said: “I am deeply grateful to receive this Honour on behalf of KSS for services to the Air Ambulance Service particularly during Covid-19. I very much see this as an achievement for KSS as a whole. The service we deliver each day is only made possible because of the tremendous work and efforts of everyone at Team KSS, including our Trustees, crews, support staff, fundraisers, our volunteers and of course our supporters. I cannot thank them all enough for all that they do for us and our patients.”

“Over the past year, we have all faced an unprecedented challenge, and I am immensely proud that we have not only continued to deliver our life-saving service 24/7 throughout but we have also extended our service. In addition, we have continued our focus on pushing boundaries and setting new standards in life-saving pre-hospital emergency care through our research and collaborations, taking further steps towards realising our vision of an end to preventable loss of life from medical emergency.”

Dr Helen Bowcock, Chair of the KSS Board of Trustees, said: “Leigh’s contribution to the field of pre-hospital emergency medicine is exemplary and this Honour has been earned over the course of many years of tireless commitment and dedication to the needs of patients. He deserves great credit for many important developments, most notably for the introduction of night flying, of carrying blood on board the aircraft and, more recently, for his astute leadership during the Covid crisis. I am delighted that he has been recognised in this way.”

David Welch, KSS CEO, said: “My sincere congratulations to Leigh for this incredibly well-deserved Honour. Leigh’s significant experience and expertise are crucial to ensuring KSS fulfils its purpose to save lives and to enable the best possible outcomes for our patients, and his caring, people-centred approach is valued by us all.”

“Not only is Leigh a wonderful asset and ambassador for our charity, he is a trusted authority in pre-hospital emergency care across the UK and beyond. On behalf of Team KSS, I would like to convey heartfelt thanks to Leigh for his hard work and years of service.”

Operating out of Redhill Aerodrome and headquartered in Rochester, KSS provides world-leading pre-hospital emergency care whenever and wherever required to save lives and to enable the best possible patient outcomes. Covering Kent, Surrey and Sussex, KSS serves a population of 4.8 million plus those who travel through the area – one of the busiest in the UK. Its crews of pilots, doctors and paramedics fly over 2,500 missions a year.

KSS, which in 2021 celebrates its 31st anniversary, was the first 24/7 Helicopter Emergency Medical Service (HEMS) in the country. In March 2020 KSS became the first HEMS to be rated Outstanding by the Care Quality Commission in all five of its inspection key lines of enquiry:  safe, effective, caring, responsive and well-led. In September 2020 KSS won the Charity Times Charity of the Year Award (income more than £10M).

Each year, the charity must raise over £15M to operate its life-saving service. 88% of this is raised through public donations and fundraising.